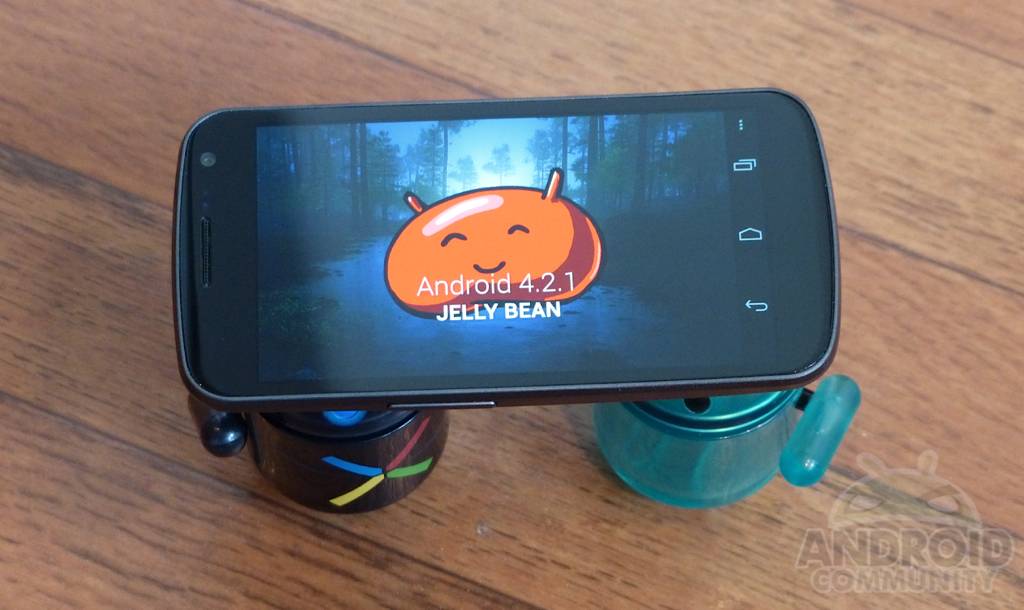 Today we have quite the treat for all you Galaxy Nexus users. As we all know, the Verizon Gnex is the only Nexus still hanging out in the Android 4.1 era, while Google’s updated all the rest to the latest and greatest Jelly Bean. While Verizon updated their Galaxy Nexus back in September, we’re all still awaiting Android 4.2.1 Jelly Bean. Today however thanks to CyanogenMod we have it right now, so lets take a peek below.

Earlier today we reported that the CyanogenMod team has officially added nightly support for the Verizon Galaxy Nexus (toro) to their CM10.1 Android 4.2.1 builds. So we decided a quick hands-on video was in order. For everyone that is rocking a Galaxy Nexus and for some odd reason hasn’t rooted and tossed a custom ROM on her, this is certainly a reason to do so. For those wondering what’s new with Android 4.2.1 Jelly Bean see our what’s new post. That should give you an idea of what to expect, not counting all the awesome features of CyanogenMod. Below is a quick video showing off what’s new in Android, and not specifically CyanogenMod.

As you saw above, Android 4.2.1 Jelly Bean brings plenty to the table that improves it over the previous version. Google Now continues to improve each and everyday, especially for 4.2 users, expandable notifications are awesome and makes calling back or replying to texts a breeze, and of course gesture-based typing. Google’s introduced their own Swype and SwiftKey Flow competitor for those looking to glide across their screen to type — and it works wonderfully. Then of course we have the new Photosphere 360 degree panorama photos. Last but certainly not least is the quick settings panel easily accessed from the notification bar. Swipe down with one finger for regular notifications, two fingers for the quick settings. This saves precious space in the notification bar for informative expanding notifications, and lets us quickly toggle to change settings with ease.

While that isn’t all that’s to be expected from Android 4.2.1 Jelly Bean or from CyanogenMod 10.1, this was just a quick hands-on video showing off everything working great on Verizon’s Galaxy Nexus. The developers at CM have already released CM10.1 (Android 4.2.1) for multiple devices, and today is the first day it’s available for the Verizon (toro) Galaxy Nexus. Get it as we speak from Get.CM to get started today. As usual this is a custom ROM so we’d recommend you do a Nandroid backup, and ask any questions at your favorite developer site like XDA, or at the Android Community Galaxy Nexus forums. Don’t forget to wipe first, and get the latest gapps.

Give Android 4.2.1 Jelly Bean a try on your own Galaxy Nexus today, with no help from Verizon. — Thanks Rick and Jellybro!