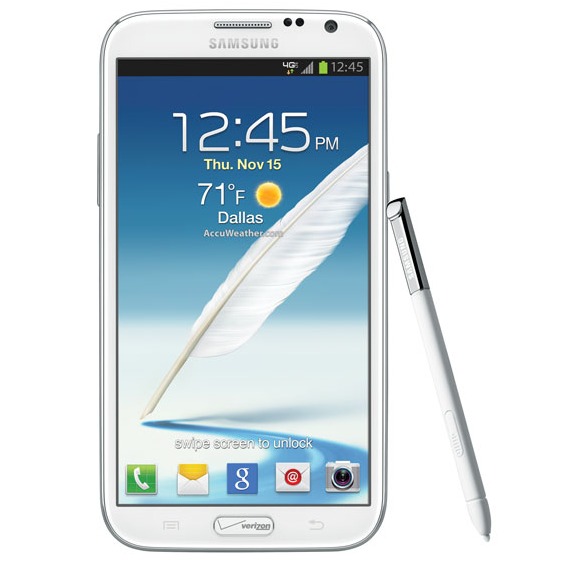 We have some excellent yet terrible news this afternoon regarding the Verizon Samsung Galaxy Note II. For one, it’s indeed coming soon, possibly with pre-orders starting tonight according to rumors. Then the bad news. The Verizon Galaxy Note II will be plastered with Verizon and 4G LTE logos. Verizon’s logo will be on back as usual, then front and center right on the dedicated home button.

Remember the Galaxy Note II Verizon pictures that leaked back in September with carrier branding on the home button? Well apparently that wasn’t fake or just a prototype because today Samsung themselves have posted a full Verizon device gallery clearly showing that logo smack-dab front and center right on the home button. Eww!

Just like putting brand logos and sponsorships on NBA jerseys, I’m totally against this entire idea. It’s bad enough that carriers like to brand devices in some way or another, but to plaster massive Verizon and 4G LTE logo’s on back is one thing. Putting a Verizon logo right on the front and ONLY button is another. I’m certainly not a fan if you haven’t noticed. It just isn’t necessary, and other carriers didn’t think so either.

Don’t be too alarmed though, this is still an amazingly awesome smartphone and you’ll want to check out our T-Mobile Galaxy Note II Review. We’ve had the pleasure of using it lately and certainly give the device high praises. T-Mobile’s version is available starting today, AT&T’s goes up for pre-order tomorrow for an early November deliver, and we’ve yet to hear anything from Verizon. Hopefully they’ll decide against putting their logo on the only physical button on the front of the device. We don’t need to be reminded who our carrier is every 30 seconds.