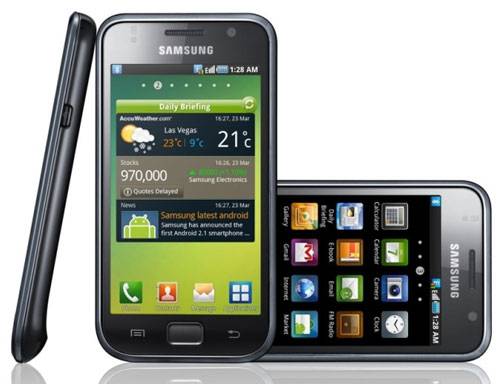 U.S. Cellular has announced a family sized buy one, get up to five free, deal on Android handsets and messaging phones. Customers who sign up for a two year US Cellular agreement and purchase a Samsung Mesermize (aka Galaxy S) for $99.99 can get up to five LG Optimus U smartphones free or one Samsung Messager Touch for $29.99 and get up to five Samsung Profiles for free. To sweeten the deal (as if it wasn’t sweet enough), US Cellular is also offering a $100 Smartphone activation credit for every new line. There’s even more benefit if customers add either their Primary Plus Plan or Belief Plan which offers phone upgrades after 18 months.

“These amazing deals are great for customers who want devices to fit their family’s wide variety of needs and lifestyles,” said Alan D. Ferber, executive vice president of operations for U.S. Cellular. “Busy parents will love how the cutting-edge Android-powered smartphones help them stay productive, and kids can stay entertained and connected with friends on the go. Many of our customers prefer texting over talking, so we also wanted to delight them with great deals on our messaging phones.”

Samsung Mesmerize has a 1GHz processor running Android 2.2 (Froyo). It also enjoys a 4.0” Super AMOLED Touch Screen Display with TouchWiz 3.0 and all the usual specs including a 5MP rear facing camera. The LG Optimus U, also runs Android 2.2 (Froyo), but from a less powerful 660 mhz processor and has a smaller, lower resolution 3.2″ screen. The Samsung Messager Touch, has a pull out qwerty keyboard, and a paltry 2.0 megapixel camera is is aimed at those who just want a message portal to stay in touch.

US Cellular has enjoyed some success of late, having been chosen as the best carrier in the country by Consumer Reports most recent customer satisfaction survey. And recently, dropped the price of it’s entire line of Android handsets to under $100, including the HTC Desire for $69.99.

The offer goes through March 10 and includes 5GB of data per line, phone replacement and GPS navigation support. Adding the Primary Plus Plan gives unlimited text, picture and video messaging, and more.

All Android-Powered Phones Now Under $100

CHICAGO (Feb. 21, 2011) – U.S. Cellular, recently ranked the best wireless carrier in the country in a customer survey conducted by Consumer Reports, is offering a pair of family-sized deals to fit a wide range of mobile tastes. Through March 10, customers who buy a Samsung Mesmerize (a Galaxy S device) for just $99.99 can get up to five LG Optimus U smartphones free. For first-time smartphone users or anyone ready to experience the power of Android technology, customers can buy an LG Optimus U at $29.99 and get up to five more for free.

The Samsung Mesmerize, with its large touchscreen and super fast 1 GHz processor, makes watching videos, playing games and zipping through business and entertainment applications easy. With Android 2.2 technology, the LG Optimus U is ideal for smartphone users who want to explore a wide range of multimedia entertainment and time-saving Android applications. Both phones have cool Swype technology for blazing fast text messaging.

U.S. Cellular is offering a similar deal on its popular messaging phones for families who like to talk, text and surf the web. Customers can buy one Samsung Messager Touch for $29.99 and get up to five Samsung Profiles free. To top it off, the carrier dropped prices on its entire lineup of Android-powered phones to under $100, including the popular HTC Desire for just $69.99, the LG Apex for $29.99 and the Samsung Acclaim for free.

“These amazing deals are great for customers who want devices to fit their family’s wide variety of needs and lifestyles,” said Alan D. Ferber, executive vice president of operations for U.S. Cellular. “Busy parents will love how the cutting-edge Android-powered smartphones help them stay productive, and kids can stay entertained and connected with friends on the go. Many of our customers prefer texting over talking, so we also wanted to delight them with great deals on our messaging phones.”

Also through March 10, new customers who purchase a smartphone with a Belief Plan can get a $100 Smartphone Activation Credit per line. Current customers who add a new smartphone line also are eligible. They can pair their new smartphones with the Premium Plus Family Plan for $179.99, which includes two lines with unlimited minutes and messaging, 5GB of data per line, Phone Replacement and GPS navigation. They could also opt for the “best value in wireless” by signing up for the carrier’s $69.99 Primary Plus Plan that comes with 5GB of data, unlimited text, picture and video messaging, free unlimited incoming calls, nights and weekends, mobile-to-mobile calls and GPS navigation.

All of the offers are backed by U.S. Cellular’s high-speed nationwide network and The Belief Project, both of which have received high marks from industry insiders and consumers. U.S. Cellular has the highest call quality and network satisfaction of any national carrier, and The Belief Project was recently named Frost & Sullivan’s Customer Value Enhancement of the Year. The Belief Project recognizes customer loyalty with unmatched benefits and rewards like faster upgrades to the coolest phones at promotional prices every 18 months or sooner without requiring customers to repeatedly sign contracts. It also offers an assortment of bundled National Single Line and Family Belief Plans designed to mirror the way people use their phones.

New customers who sign up for a Belief Plan and fulfill an initial two-year commitment will never have to sign another one with U.S. Cellular’s “no contract after the first.” Current U.S. Cellular customers who previously signed up for a Belief Plan and are already eligible for a phone upgrade can get promotional prices without signing another contract. Customers automatically get valuable rewards that can be used for faster phone upgrades in as little as 10 months, additional lines, phones, accessories and ringtones.

For more information about all of U.S. Cellular’s deals, plans and phones, and other restrictions on these offers, visit any U.S. Cellular store, go to uscellular.com or check out U.S. Cellular on Facebook.

About U.S. Cellular
U.S. Cellular is committed to fixing wireless one project at a time and recently unveiled The Belief Project, an array of industry-leading innovations designed to elevate the customer experience. The Belief Project complements the Chicago-based carrier’s growing catalog of cutting-edge phones that are all backed by its high-speed nationwide network. U.S. Cellular was recently named a J.D. Power and Associates 2011 Customer Service Champion and provides the best cell phone service in the country according to survey results released by Consumer Reports, which found that wireless customers are more satisfied with U.S. Cellular than every other major wireless company. U.S. Cellular was also named one of Forbes Magazine’s 2010 “Most Trustworthy Companies.” To learn more about U.S. Cellular, visit one of its retail stores or uscellular.com. You can also check out U.S. Cellular on Facebook.