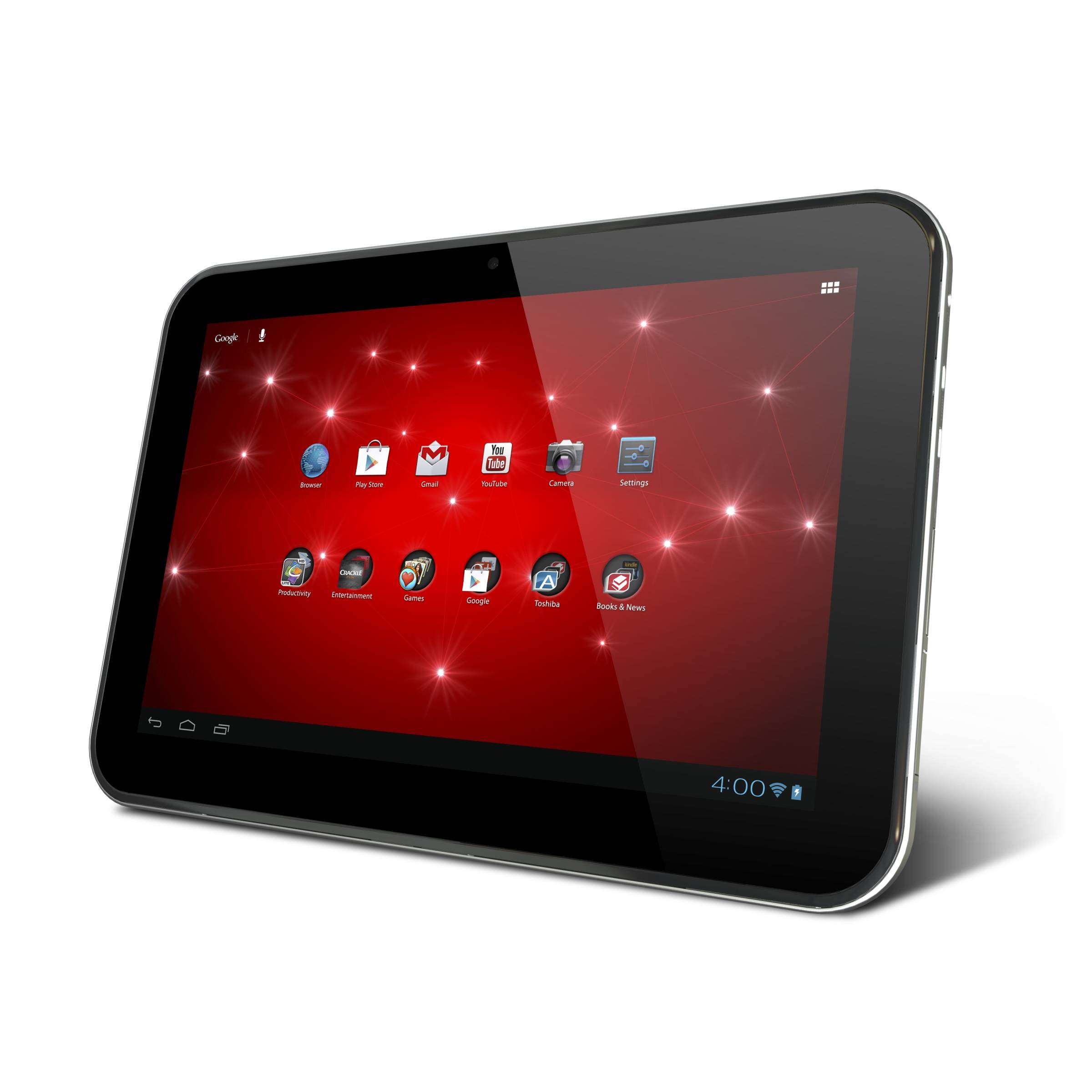 Watch out, Samsung: there’s a new manufacturer looking to cover all the tablet bases. Toshiba’s Excite line, previously restricted to a single 10-inch model, grows by three today. The company pulled the curtain off three new entries in the line, with screens sized 7.7, 10 and a massive 13.3-inches, all of them running Android 4.0 Ice Cream Sandwich with NVIDIA Tegra 3 processors. The Excite 10 goes on sale next month, with the Excite 7.7 and Excite 13 following in June. 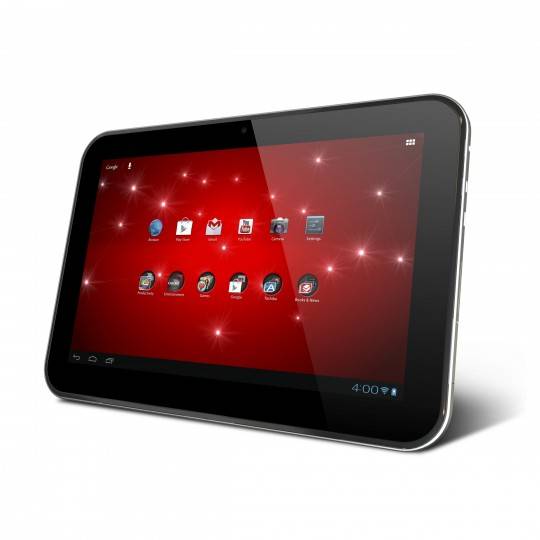 The more pedestrian 10-inch Excite is pretty similar to the current Excite X10, with the addition of Ice Cream Sandwich and the Tegra 3. Specs and capabilities are pretty much identical to the 7.7, with the addition of a full-sized SD card slot and a MicroHDMI port. The 10-inch LCD panel is 1280×800, which has become something of a standard among 10-inch Android tablets. Toshiba claims a battery life of 10 hours on the 1.32-pound tablet, and prices start at $449.99 for the 16GB model, then rise to $529.99 and $649.99 for 32GB and 64GB versions, respectively. If you’re wondering why the smaller tablet is more expensive, it’s because of the pricey screen panel. 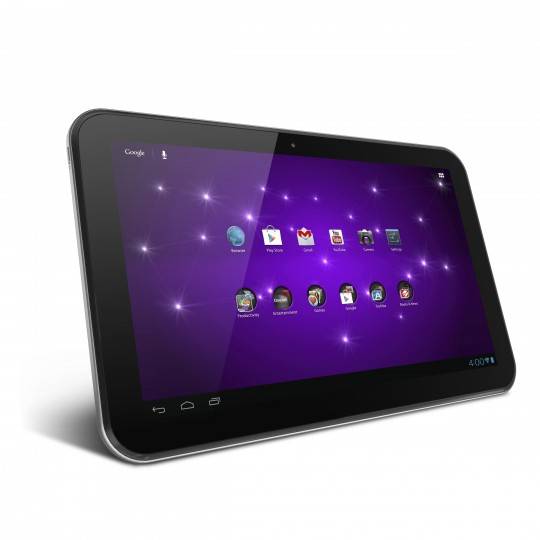 As far as software goes, it looks like Toshiba has admirably chosen to stick with stock Ice Cream Sandwich – there’s no major changes to the interface visible in the press shots. There will be some pack-in apps including an e-book reader and media streamer, plus Netflix and Zinio. Of course, if you ever get tired of them, ICS includes an app disable function. So, who wants more AMOLED tablet options, or a ginormous 13-inch monster? Sound off in the comments section.