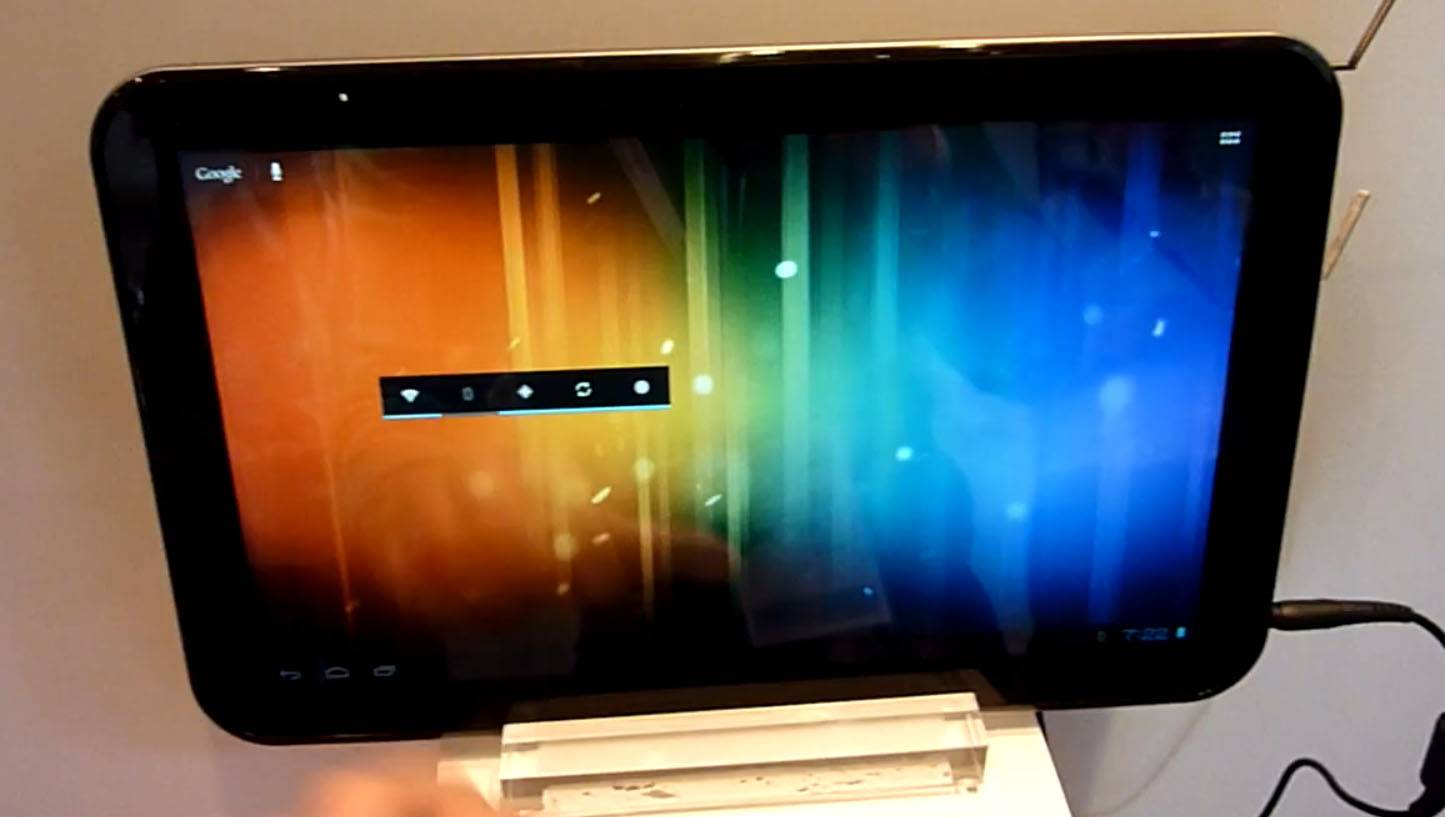 “Ich will die große, bitte.” That’s “I want the big one, please,” in German, and it’s something you might want to learn to say if you like the looks of Toshiba’s massive new tablet. The 13.3-inch AT330 is a solid 30% bigger than any mainstream tablet on the market. Yet another Toshiba prototype, it’s also running Ice Cream Sandwich with a built-in TV tuner with collapsible antenna. For some reason, Toshiba thought that Germany would preferable to, say, Texas for introducing this beast to a hungry public, and TechFokus got a good look at it at on video.

In addition to its size, software and media prowess, it’s also running an NVIDIA Tegra 3 quad-core processor, matching the one found in the earlier 7.7-inch prototype. Unlike that model and the currently on-sale Excite AT200, the AT 330 employs what looks like a more contemporary plastic body accented with metal. The extra space allows the gigantic tablet to accommodate 32GB of storage and a full-sized SD card slot (not MicroSD). It’s also got HDMI-out, plus a 5 megapixel rear camera and a 1.3-megapixel front-facing cam. There’s no word on what kind of resolution it’s got, but based on the video, it looks like a 1920×1200 LCD panel.

Check it out in action below:

Toshiba says the AT330 is just a prototype for now, and considering the size it’s hard to blame them. Of course there’s nothing about a 13.3-inch screen that’s inherintly wrong, it’s just that up to now it’s always been in a laptop form factor that’s meant to rest on something else. Holding a 10-inch tablet can be tiring after a while (hence the multitude of stands out there) so it’s hard to imagine how doing the same would be for something even bigger. Probably a lot like a slightly lighter version of the old tablet PCs, one would think. What say you, readers – what’s the upper limit for you?