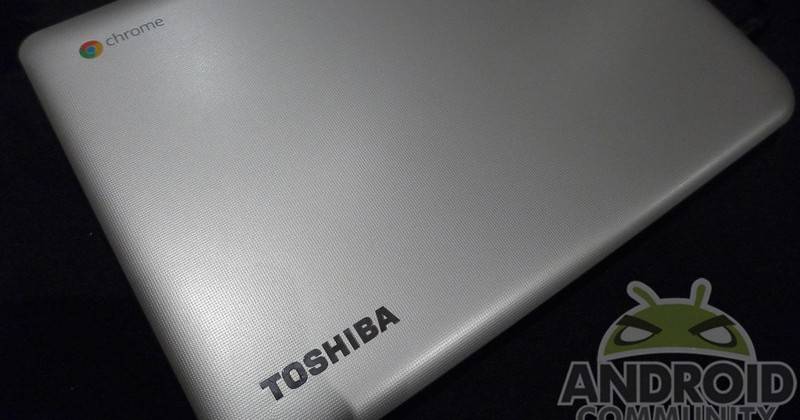 With that in mind, those in the US can expect to pay anywhere from $280 up to $300. Adorama has the Chromebook available for $280, while Amazon has it at $288 and Toshiba has it at $300. Those in the UK will be looking toward Amazon, who have the notebook priced at £249. Pricing aside, the Toshiba Chromebook was originally announced back in January, during CES.

Toshiba was showing the Chromebook during the show, and even had a full and detailed set of specs available. While many of the Chromebook models share similar specs, Toshiba does have one piece setting them apart — the display size. That measures in at 13.3-inches, though the resolution will be a familiar 1366 x 768.

The Toshiba Chromebook is powered by an Intel Celeron 2955U processor, which for those curious — is Haswell. Other specs include 16GB of SSD storage, 2GB of RAM, Intel HD graphics, HDMI, WiFi 802.11n, Bluetooth 4.0, a pair of USB 3.0 ports, and a promised battery life of up to 9 hours.

Users will also find a microSD memory card slot and the standard Chrome keyboard (with the Search key replacing the Caps Lock key). Like other Chrome devices, the Toshiba model offers 100GB of Google Drive storage free for two years. And lastly, this model is available in Sunray Silver, it sports a textured top lid and weighs in at 3.3 pounds.