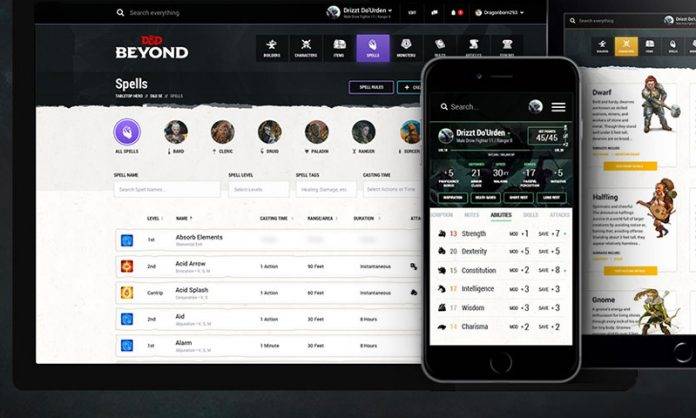 It’s inevitable – although purist tabletop gamers might have something to say about this – that traditional role-playing games (RPG) would somehow be affected by digital technology. Traditional tabletop RPGs are usually played verbally, complete with pens and paper, and played with dungeon masters who control the storyline and pacing of play. But prominent Dungeons & Dragons (D&D) outfit Wizards of the Coast are pushing to go digital with the new D&D Beyond app.

For a tabletop RPG session of D&D to work, most players have to memorize a lot – the rulebook, some lore, or maybe a LOT of lore, and race characteristics to name a few. All these go into written records for the session and are taken into consideration as the game is played. With the D&D Beyond app, you can take most of these elements into the digital world.

Wizards of the Coast have partnered with app development outfit Curse to put out D&D Beyond, an official app that serves as digital toolset players can use when playing a D&D session under fifth edition rules. The app contains a compendium of rules, a character builder, digital character sheets, and a lot of tools you can use for playing the game.

As we said, a lot of purist gamers will have their say about this, but it is a way of moving forward with the technology available. “These tools represent a way forward for D&D, and we’re excited to get them into the hands of players soon!” said Nathan Stewart, Senior Director of Dungeons & Dragons. There’s pre-registration for the beta testing of the app, and you can go over to the official website to sign up for that.

SOURCE: Wizards of the Coast