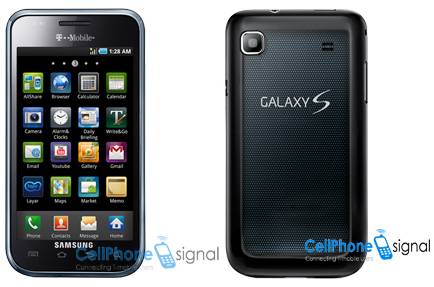 T-Mobile USA’s version of the Samsung Galaxy S, the Samsung Vibrant, has apparently leaked, albeit only in press image form.  According to Cell Phone Signal these are preview shots of the Super AMOLED smartphone, complete with T-Mobile branding and a tweaked control row underneath the touchscreen.

Those changed controls seemingly dump the hardware “home” key from the Galaxy S we unboxed late last week and uses the space to instead fit in two more touch-sensitive keys: home and search.  T-Mobile’s branding is across the top of the device, but we’re a little confused by the Galaxy S name emblazoned across the back, which you’d think would read “Vibrant” if anything.

According to the latest rumors, T-Mobile are preparing to launch the Vibrant on July 21st.