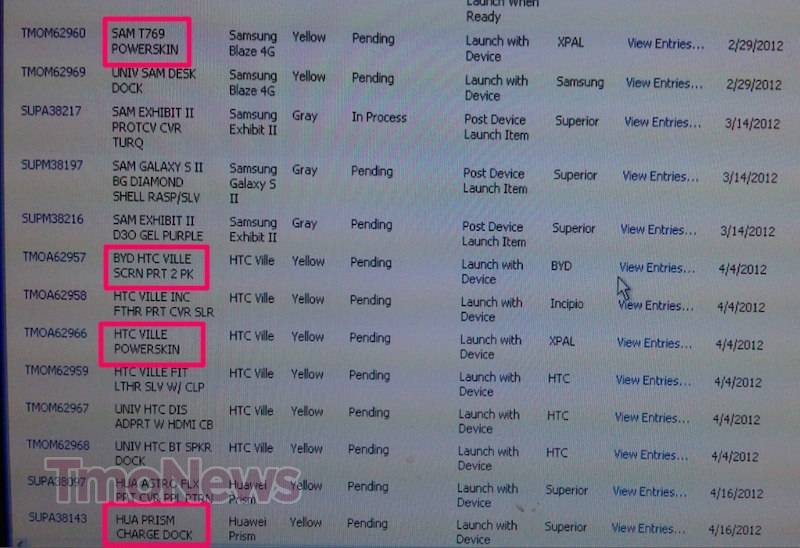 An internal T-Mobile document has finally been leaked reassuring exposure of a few devices. From the snapshot you’ll notice three devices confirmed to launch on their network. Though the devices themselves aren’t mentioned in the leak, their accessories are – which is good enough for us. It’s also nice to know we should see some official accessories to accompany the devices upon initial release.

The Samsung T769 (also known as the Galaxy S Blaze 4G), Huawei Prism, and the HTC Ville should all see T-Mobile shelves in due time. The HTC Ville has been in the spotlight a bit more than the rest; from prototype videos leaking to a few spy photos. On the other hand, the Prism is completely new to us all.

It’s too bad the information doesn’t confirm device specifications, as that’s what we’ve all been wondering about. Knowing a device is set to show up on your network is nice too though. Those of you with upgrades may want to hold it out a bit longer until a few of these hit, they’ll likely be well worth it.