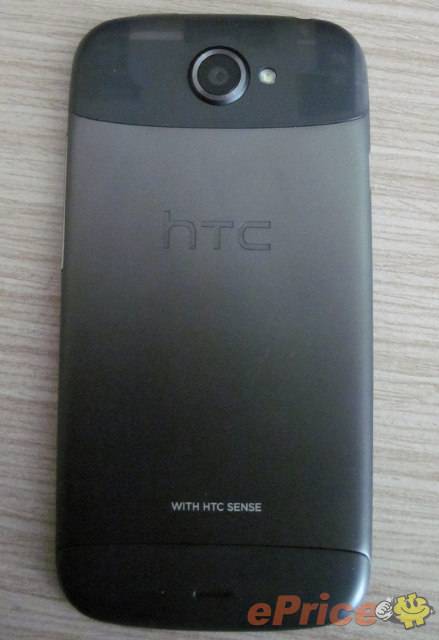 HTC just can’t keep a lid on its new workhorse model, code-named the HTC Ville. The phone  leaked in render form months ago, then in a surreptitious spy video showed the slinky phone running Ice Cream Sandwich. The Ville has once again popped up before its debut, this time in a series of blurrycam photos from Japanese site Ameblo. They don’t show anything we haven’t seen before, but the photos confirm the design, including its impressive thinness, a first among HTC’s usually chunky smartphones.

The Ville is expected to be HTC’s mid-range entry for 2012, matching the relative market location of the Sensation in 2012. Leaked specs include a dual-core 1.5Ghz processor, and a 4.3-inch QHD screen with an AMOLED panel. Details on other phone specifications are scarce, but the device is said to be a mere 8.9mm thin – a record for HTC, and admirable even in today’s crowded market. Naturally the phone runs Ice Cream Sandwich with HTC’s Sense 4.0, though you’d be hard pressed to spot the differences from these photos alone.

The smaller size and lower power of the Ville contrast with the HTC Edge, expected to have a 4.7-inch screen, Nvidia Tegra 3 quad-core processor and a 720p screen. The Ville’s relatively mid-market status gives credence to the idea that we’ll see it first on T-Mobile in the US, probably replacing the Amaze 4G. While there’s certainly something going on at HTC’s pre-MWC event on February 26th, there’s no telling what it might be – though the quick removal of a previous version of the Ville video indicate that the company would prefer you don’t know about this phone just yet. See you in Barcelona.