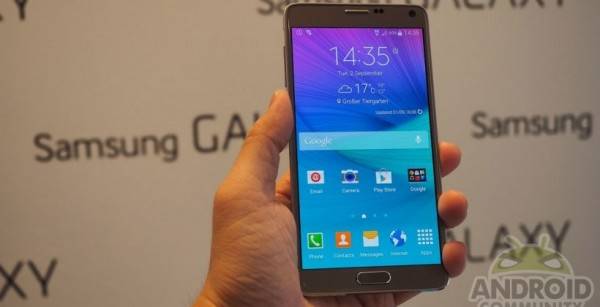 Owners of Samsung Galaxy S4 Note were teased about the Android 5.0 Lollipop coming to their units before 2014 ended. That was the early build of Lollipop for the Galaxy Note 4 where the TouchWiz UI and Material Design blended well in some areas. We even saw a demo video of the mobile OS running on a Note 4 from SamMobile. We were  also told that Samsung would be updating the phone to Android 5.0.1, skipping Android 5.0, but as usual, everything else would depend on the carrier.

T-Mobile has yet to release the official software update for the same phablet but the carrier has already listed the unit as one of the next devices getting the software update. This means the devices are being prepared and tested for Android 5.0 and will be ready soon. The Note 4 is already under “T-Mobile Testing” after being listed under the “Manufacturer Development” phase back in February.

Excited for this sweet Lollipop on your Samsung Galaxy Note 4? Good for you. Get ready to experience Material Design and a whole new mobile experience but we still don’t know when exactly the version will be pushed to your device. It should be ready anytime soon. Brace yourselves.