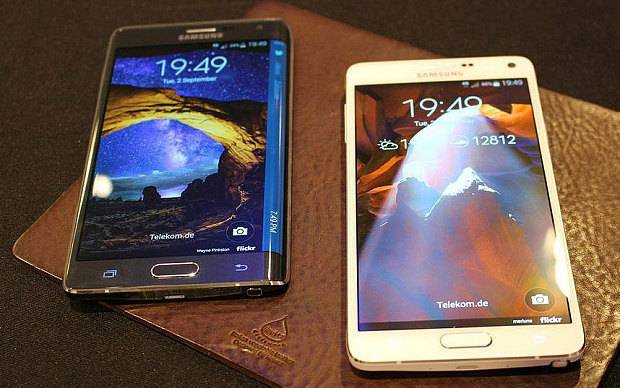 Well, great news for users of the Samsung Galaxy Note 4 and owners of the edgier Samsung Galaxy Edge – it looks like Samsung is going to skip the Android 5.0 Lollipop update and go directly to the most recent 5.0.1 update, if these leaked images are anything to go by.

If you are not familiar with Android 5.0.1, it is a small but important bug fix update to the initial Android 5.0 Lollipop launch that offers a number of bug fixes aimed at improving Google’s new operating system. These bugs were mostly discovered by Nexus users and are now dealt with in this small-ish but essential update. Samsung has recently updated the Samsung Galaxy S5 to Android 5.0.1, so it is logical to assume that the South Korean gadget giant would be concentrating on updating two of its premier phablets to the same version. Both devices will be likely to skip the Android 5.0 update, since we are already seeing builds for the devices running on Android 5.0.1. Check the images below.

The Galaxy Note 4 has already been tested on Lollipop, we know that it runs quite well. If you want to check quickly for yourself, check out the video below for some hints about how Lollipop runs on the Note 4. As for the Note Edge, we all know that it’s virtually a sibling of the Galaxy Note 4, just with the rounded side screen.

The big question is when we will be seeing this update. Judging from the leaks, it might just be very, very soon. So hold on to your tempers, Note 4 and Note Edge users. We gather this will be a short wait for that update.