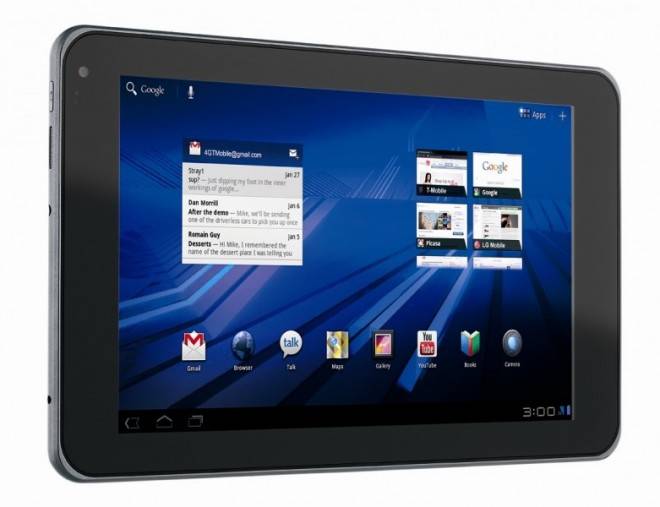 We haven’t heard much from LG and their G-Slate since it was launched back in April but the 8.9″ 3D capable device is still chugging along. In case users and owners were wondering about future upgrades I’m happy to report that the LG G-Slate should start seeing the OTA update to Android 3.1 Honeycomb today, or early tomorrow. Basically I’d just start hitting “check for updates” right now if I owned one.

For such an awesome device it hasn’t been seen in the news as of late. The G-Slate is a 8.9″ NVIDIA Tegra 2 dual-core tablet with dual cameras on the rear for 3D. I guess the complaint is the 3D requires glasses for viewing on the device unless the recently seen LG Optimus 3D. We were able to get plenty hands-on time with the G-slate so check out our full review.

Back to the update, clearly stated above in yellow the G-Slate should start seeing this any time now but we’ve yet to hear any reports of users actually receiving the update. According to the LG Forums it will be today or sometime tomorrow so I guess we will have to wait and see. Now my first question would be when will it get the Android 3.2 update that brings zoom and a few other helpful features? As many tablets already have been updated to that like a few weeks ago. The G-Slate is a little behind the times but hopefully gets caught up soon.