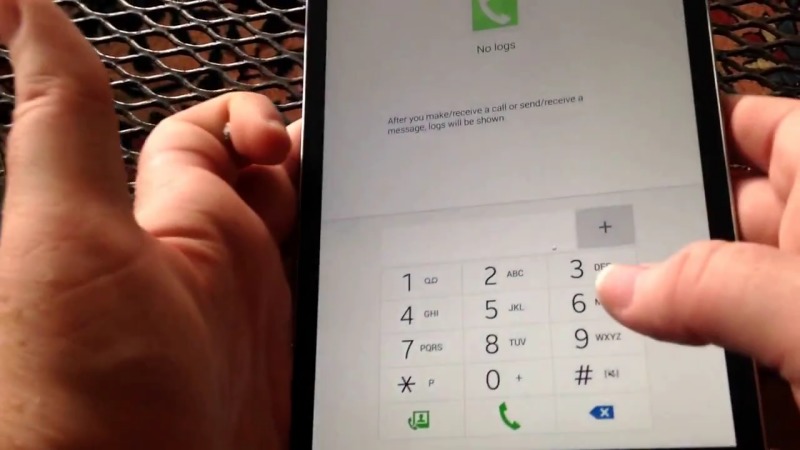 Do you remember those days when the smaller your phone, the more popular or sophisticated you were? No? Well, neither do mobile phone companies since the continuing trend is that phones are getting bigger and bigger. A week after Samsung announced their biggest phone-tablet hybrid yet, the 7-inch Galaxy W, rumours are they will be releasing an even bigger one later this year: a phone version of the Galaxy Tab Pro 8.4.

The source (which previously also correctly revealed several unreleased devices) of the leak already has a video up on YouTube, showing the supposed 8.4 inch phone. It looks like the previously released Galaxy Tab Pro 8.4 LTE version, but if you look at it closely, you’ll see that there’s a phone app icon there which means it will have cellular phone capabilities, aside from the normal tablet functions.

The tablet shown in the video is supposedly a pre-release version that is being used for testing. What is unknown at this point is it’s actual name or if it will be part of the Galaxy Tab Pro family. The demo shows it has the same features as the previous Wi-Fi only version, but this time with an LTE connection, a must-have for newer gadgets in the market.

It is expected to be released sometime this summer through US carrier T-Mobile and may cost around $500. Some say it is their answer to rival carrier AT&T’s offering for ASUS’ Padfone X, a 5-inch mobile phone that turns into a tablet when inserted into the 9-inch dock.