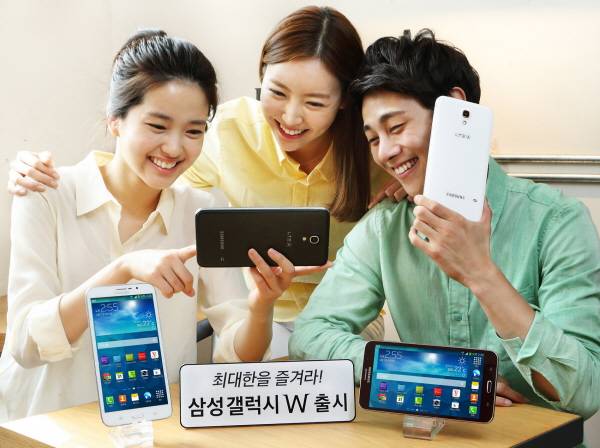 That “W” in its name doesn’t stand for an expletive, but it might very well be your first reaction. The Samsung Galaxy W, not to be confused with a much older smartphone, might look like a somewhat decent 7-inch tablet, but it is actually a fully functional smartphone as well.

Just a bit of history. This isn’t the first time Samsung launched a 7-inch phone. It’s very first tablet, the Galaxy Tab SGT-P1000, was actually both a phone and a tablet. Back then it was the first, if not one of the first, Android tablets in the market, at a time when Google actually refused to officially sanction Android tablets. Back then, Samsung probably didn’t know any better. It’s latter tablets that did sport SIM card slots only used those for 3G, or LTE, and barred making or taking voice calls. For some unknown reason, the manufacturer seems to be making a throwback to that bygone era.

The new Galaxy W is a phablet, if you can still call it as such, that sports mid-range specs but strangely not a mid-range price tag. The 7-inch screen sports a resolution of 720p and the tablet is powered by a 1.2 GHz dual-core processor, with 1.5 GB of RAM to keep things running smoothly. Storage is at 16 GB and rear and front cameras at 8 and 2 megapixels respectively. There is LTE-Advanced support, perfect for its target market, as well as the staples of Samsung’s tablet line, like MultiWindow. In keeping with its more recent high-end devices, the Galaxy W sports a faux leather rear cover similar to the latest generation of Note and Tab devices.

If you have an aversion to this giant of a phone, you might want to take a sigh of relief. The Samsung Galaxy W seems to be destined only for Korea, where there seems to be a penchant for ever-growing smartphone sizes, via SK Telecom. The price isn’t exactly cheap, marked at 499,400 won, or roughly $488 when converted.