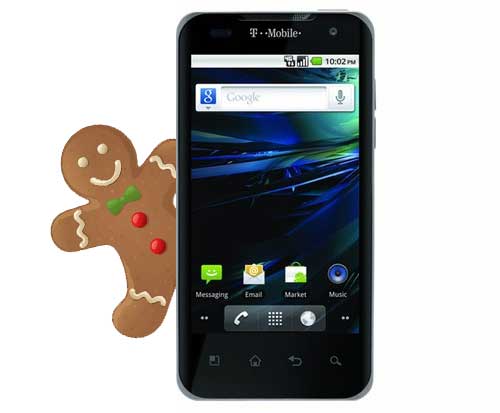 After a long delay it appears LG and T-Mobile are finally ready to push the Android 2.3 Gingerbread update out again for the T-Mobile LG G2x. The update was originally slated for a summer release and finally arrived late July and caused a few more problems rather than fix the current issues and was pulled shortly after.

Many received the OTA update in July but it was first released by LG and wasn’t offered as an over the air update. Later the option to have the phone updated right in T-Mobile stores was available but we aren’t sure many took that route. I had almost forgot about the G2x update but now we are hearing they’ve finally ironed out all the bugs and you can update to the latest Android 2.3 Gingerbread for the G2x from LG.com.

Along with Gingerbread the G2x should have improved and accurate battery life, no more random reboots and a slew of other improvements and bug fixes similar to the first round of OTA updates. I’ve been running CM7 on my G2x since nightly build #1 so I can’t comment on the latest update. Feel free to give the new Gingerbread a try and let us know in the comment section below how everything turns out.