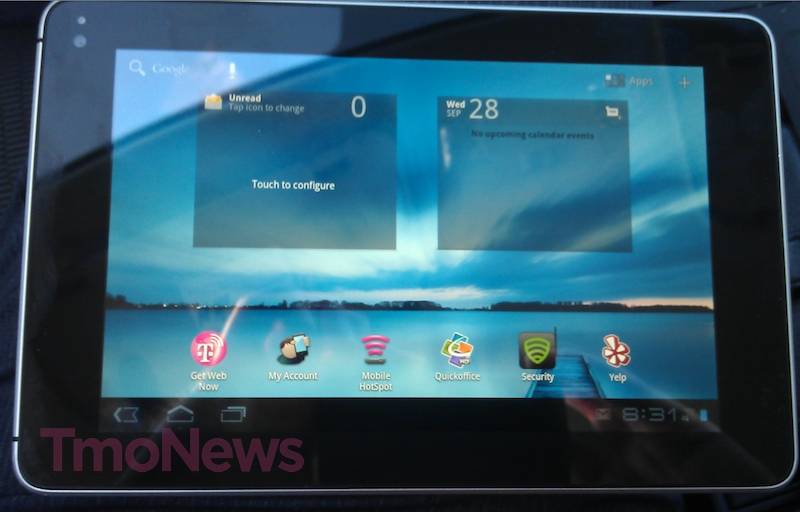 T-Mobile customers will soon have even more tablet options if Huawei has anything to say about it. The Chinese manufacturer is readying a 7-inch Honeycomb tablet for the U.S. carrier, and new shots show the as-yet-unnamed tablet in the wild. No official info is forthcoming, but anonymous tipsters put the release date as sometime after CTIA in October.

The Huawei tablet shows some impressive specs: a 1280×800 screen, a 1.2GHz dual-core processor of unknown design (though Tegra 2 is a safe bet), front and rear cameras, 16GB of on-board memory and a solid 4100mAh battery. Android 3.2 is powering the HSPA+ device, with apparently minimal modifications on the part of T-Mobile. Best of all, the rumored on-contract price is a cool $199, making it the cheapest Honeycomb tablet available from a major carrier yet. Unfortunately, the source says that this pricing has not been finalized.

Specifications line up pretty well with competitors like the Samsung Galaxy Tab 7.7 and  7″ Toshiba Thrive, and if rumors can be believed, it’ll show up on US shores well ahead of the former’s U.S. debut. T-Mobile already offers the original Galaxy Tab, the G-Slate made by LG, and the Dell Streak 7, with a 4G version of Samsung’s Galaxy Tab 10.1 coming soon.

T-Mobile has given no official word on the Huawei tablet, but we should know more about the latest 7-incher in the next few weeks.