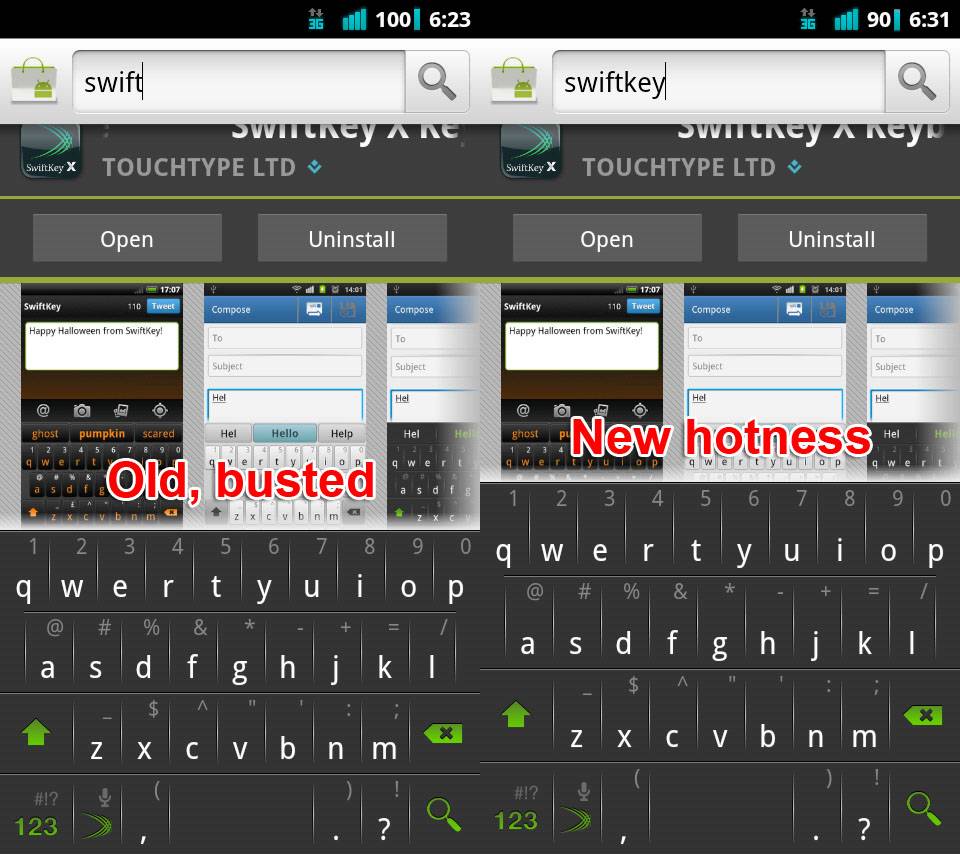 With its advanced text prediction and easily theme-friendly interface, Swiftkey X is the software keyboard of choice for a lot of Android users. Developer TouchType sent us the new beta for Swiftkey X, in both smartphone and tablet versions. We couldn’t resist trying it out. The most important new feature is the ability to customize the height of the keys themselves. Take a look:

That may not seem like much, but it’s an absolute godsend to those of us using tablets running Gingerbread or earlier. When Swiftkey is installed on a 7-10 inch tablet, the keys default to their smartphone dimensions, making typing a hunt-and-peck hassle. But in the new beta you can choose between several different key heights, including a much larger option. Since the tablet version of Swiftkey is only available to Honeycomb users, it’s an important step in supporting a wide variety of devices. Issues with the prediction row not appearing on tablets seem to have been fixed as well. Check out the difference on my Touchpad running Cyanogenmod: 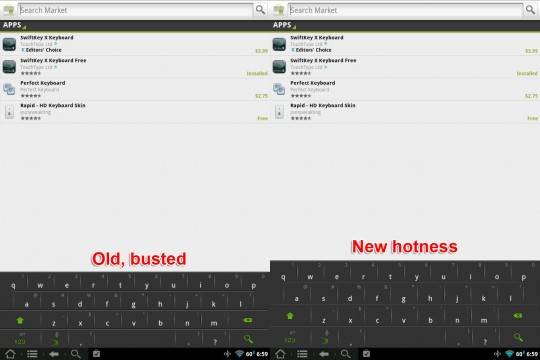 Elsewhere, support for fans of the Dvorak and Colemak layouts has been added ,as well as compatibility support for when Ice Cream Sandwich arrives. (Hello? Verizon? Anybody home?) If the Swiftkey servers are busy, you can save a custom prediction text for later. General speed and stability tests were also implemented.

The experience isn’t that different from normal Swiftkey on a smartphone, but if you’ve been waiting for Swiftkey to become more useful on your Gingerbread tablet, head over to the download page right now. The larger keys make typing a lot easier, and well worth the upgrade, especially if you’re a long-time user. Swiftkey’s prediction is as fast as ever, and the Beta seems to be stable as the regular release at this point, even on my hacked software. Though anyone can sign up for a Swiftkey forum account, if you want to use the final version you’ll have to pony up $3.99 in the Android Market.