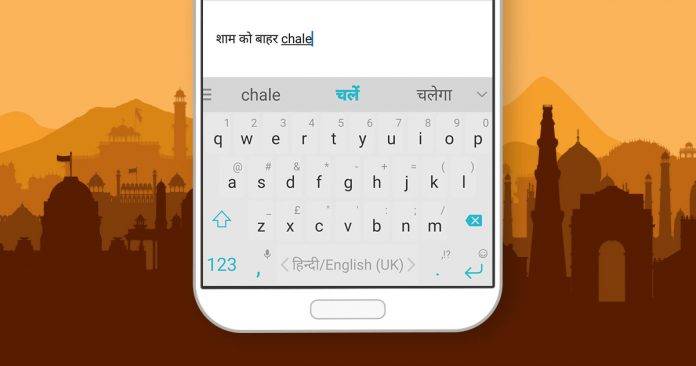 The developers over at SwiftKey know that new features and improvements to the app are important. That is why it’s regular in working on updates and bringing them to the mobile users. After bringing multi-lingual typing, support for new languages, incognito mode, and more keyboard layouts, here’s another round of update. We always look forward to new languages being supported and we know more will be added in the coming months.

Next special feature to be added is the Transliteration feature for all Hindi and Gujarati speakers. This new innovative feature allows easier typing in the said languages without having to frequently switch between the scripts. The aim is for the users to be able to type on the QWERTY keyboard by phonetically spelling out everything. This is ideal for those who also type in English and then sometimes switch to another language.

SwiftKey can detect the language you are typing and then will show the word and the script as well on the prediction bar. This makes typing in your own native language easier and faster. No need to change settings because the virtual keyboard app understand Gujarati and Hindi. With Transliteration, you can see Hindi words in script and in English.

Meanwhile, the SwiftKey Hub gets refreshed with a new look. The updated SwiftKey Keyboard receives improvements with the addition of Clipboard, Incognito mode, and Shortcuts. Feel free to save frequently used phrases. You can save a shortcut to phrases you always use like maybe your address or phone number.

Incognito mode helps you keep secrets. What it does is simply hide your word predictions. Switch to Incognito mode if someone is borrowing your smartphone so they won’t see what you’ve been typing.