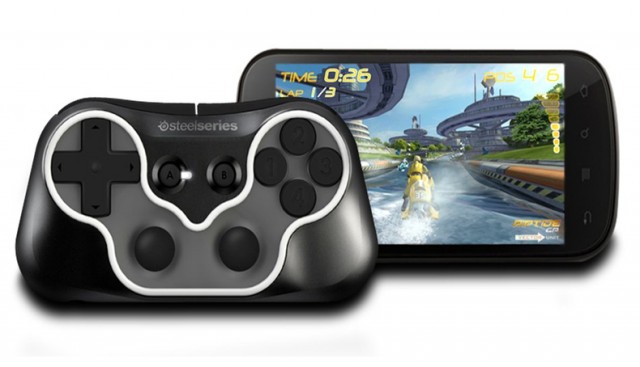 Mobile gaming is big business on Android, and sometimes the touchscreen controls just don’t cut it for us button smashers. A lot of manufacturers have been filling that void by releasing their own mobile wireless gamepads (and even devices with physical buttons), but today SteelSeries announced a unique controller of their own that looks pretty stunning.

The SteelSeries Free Mobile Wireless Controller connects over Bluetooth and is compatible with not only Android devices, but also iOS, Windows, and Mac. The layout is typical of what you would find on the controller of the Xbox 360 or Playstation 3, but it only comes with one set of shoulder buttons. The controller is tiny — about the size of a smartphone itself.

The gamepad can last for up to 20 hours of casual play time and around 10 hours of hardcore gaming, but if you happen to run out of juice, you can quickly just pop in the charging cable and continue gaming on. The controller also features a power-save function that will shut the controller off after three minutes of idle time.

The SteelSeries Free will cost you a whopping $80 and you’ll be able to get your grubby gaming hands on it starting October 2. $80 is quite a pretty penny to pay for a gaming controller, but if you’ve been yearning for a better (and more mobile) gaming experience on your smartphone or tablet, the SteelSeries Free maybe just for you.