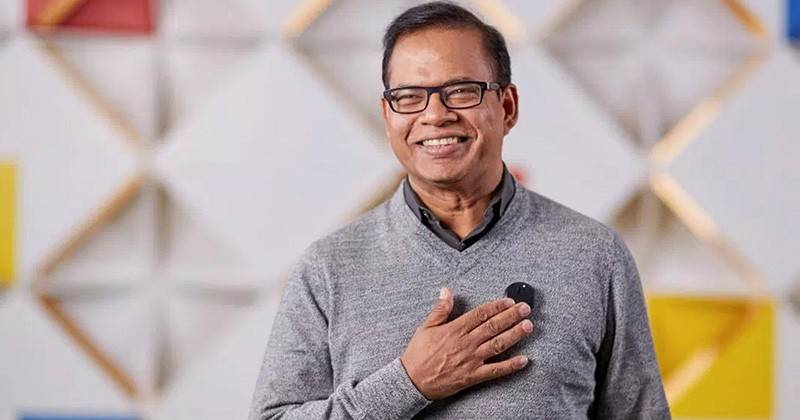 While Star Wars fans are going crazy about the upcoming Episode 7, Star Trek fans are busy developing technology. Actually, there’s just one but he is Senior VP of Search at Google. Amit Singhal is a big Star Trek fan and so he took advantage by designing a communicator, taking the idea from The Next Generation. It’s a small device with a speaker and mic that you can attach on to your lapel.

This unnamed communicator is something that you can tap, talk to, and ask any questions. It will respond to you in an intelligent manner, something like Google Now, Siri, and Cortana. With Bluetooth connectivity, it can connect with your smartphone to do a voice search and then send back the answer to you.

The idea is something similar to the screen-free Google Glass we featured last week that relies on bone conduction technology to send the user information in audio form. The Star Trek-communicator like device is meant to work that way too—as a small device that can be asked and would respond to the user as a virtual assistant.

The idea is very Star Trek geeky. Sadly, the project was discontinued. We’re guessing the idea is not really original or maybe there’s already a similar device. It’s more like a smaller Amazon Echo but it’s also simple as Google Now or Google Glass, at least, the virtual assistant part. It’s just like making your smartphone really smaller and putting it under your collar to talk to.

We don’t have details when the project was started or how far Singhal was able to take it but we know a Star Trek communicator can be useful in some industries. Maybe instead of a smartphone, headset, or a smartwatch, we can have a communicator to attach to our clothes that will keep us connected to another person, if not, a computer. The possibilities are endless but we’re guessing not a lot of people in Google are Trekkies.