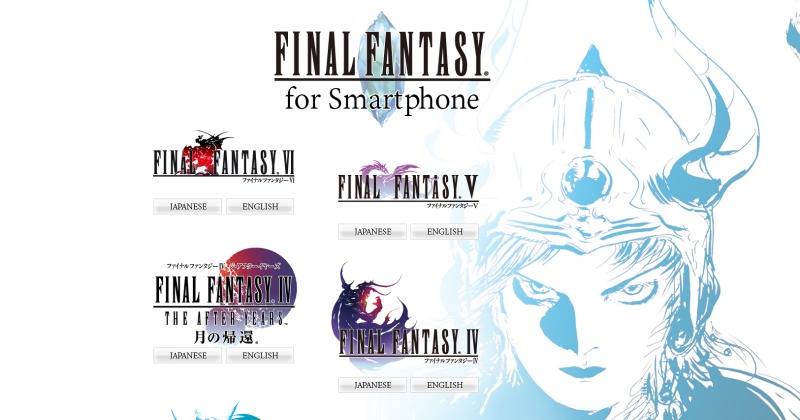 Summer is here and what better way to spend the season than by basking in the sun and going out. Or you can also stay indoors or even outdoors and immerse yourself in the myriad wonderful worlds of mobile gaming. In line with many gaming-related seasonal promotions, Square Enix is throwing out its own summer sale, with a bit of a twist: they won’t be happening all at once.

While many Final Fantasy fans gushed over the fact that the game publisher has made available the first 6, plus one latter, titles of the franchise, the rather high cost of the games may have discouraged them from picking them up. It may have even scared off would be new players from even trying out these wonderful classics. If so, now would be a great time to get these games, which are being offered at half the price, at least for the first batch.

Square Enix is doing its sales in batches. You might have already been aware that Final Fantasy III and Final Fantasy IV are already on sale, but they won’t be for long. Other FF titles will also be up for grabs at latter dates, hopefully with the same discount. Here is the schedule:

Be sure to mark your calendars and check back for additional information when those days come. Google is also holding is own Summer Sale, which includes FF III and IV, covering a wide variety of games as well as apps. And if you prefer free, and some non-free, games that don’t need to connect to the Internet in order to enjoy, checkout Google’s Offline Games catalog too.