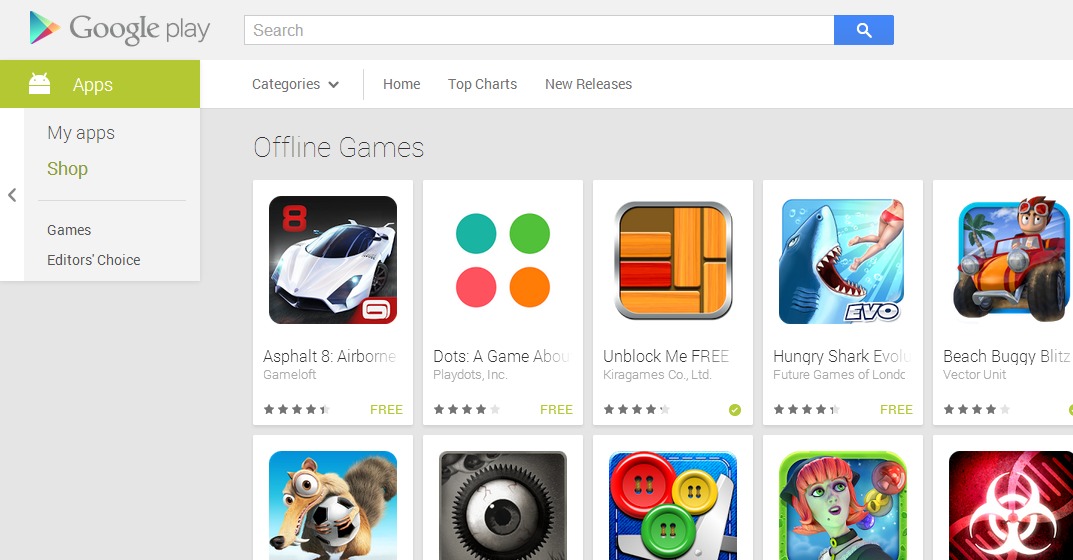 If there’s one thing casual gamers hate (with the fire of a thousand suns), it’s those single player casual games that require you to have internet connection. It just defeats the purpose of casual gaming. You want to pass the time and chill out, play a couple of games. Adding the internet requirement just boosts the stress level up a couple of notches. So yes, this is a good move for Google Play – to promote games that don’t need a live internet connection.

Please don’t get us wrong, we understand that because of piracy issues, or if your game is has an online multiplayer aspect – there are games that totally need an internet connection. But there are some which do not, and Google is in our opinion playing their cards right, making it easier for casual gamers to find those games that do not require a connection.

The list contains such goodies as Asphalt 8, Whale Trail, Beach Buggy Blitz, Dots, Plague Inc., Minecraft: Pocket Edition, Kingdom Rush Frontiers, Assassin’s Creed Pirates, and Slingshot Racing. As of the moment, the list contains 54 games, all of which you can play even if you were stuck in an uninhabited island somewhere in the South Pacific (provided you have enough battery power, that is).

Too often, we are stuck with single player games that have to download features from a server, or have authentication protocols – most of the top game developers are doing this. Hopefully, this promotion by Google would encourage those developers who just want to see their game played, and those users who really – just for a few minutes, to break the stress and monotony – just want to play.