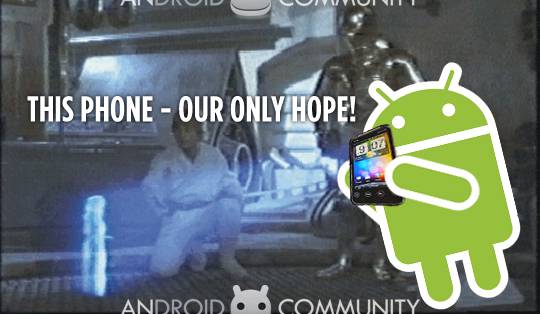 Just a few days ago (January 12th to be exact,) we received an invite to a Sprint event to be taking place on February 7, 2011 that promised no less that an “industry first” in wireless, this event to be joined by illusionist David Blaine. Now we may have (MAYBE) put the puzzle pieces together in an older post (old as in November 2010) which pointed toward an HTC phone with 3D capabilities.

Back in late November there was a post here on Android Community by the name of HTC Considering E Ink and 3D Displays/Imaging for Future Devices, and now we’re suspicious. This post came with a note on a job advert that was calling for no less than a Baseband Design Engineer who would be doing work in “new display and camera technologies for next-generation mobile devices.” Has it been long enough between then and now for them to have created some sort of miraculous phone for release with Sprint on February 7th?

This listing also noted that Sprint would prefer that the engineer candidate for the job would also have an aptitudes in both E Ink and “3D display and imaging technologies.” Do the symbols align in the sky? Could David Blaine be bringing us floating images hovering just inches above our Android phones on Sprint?!