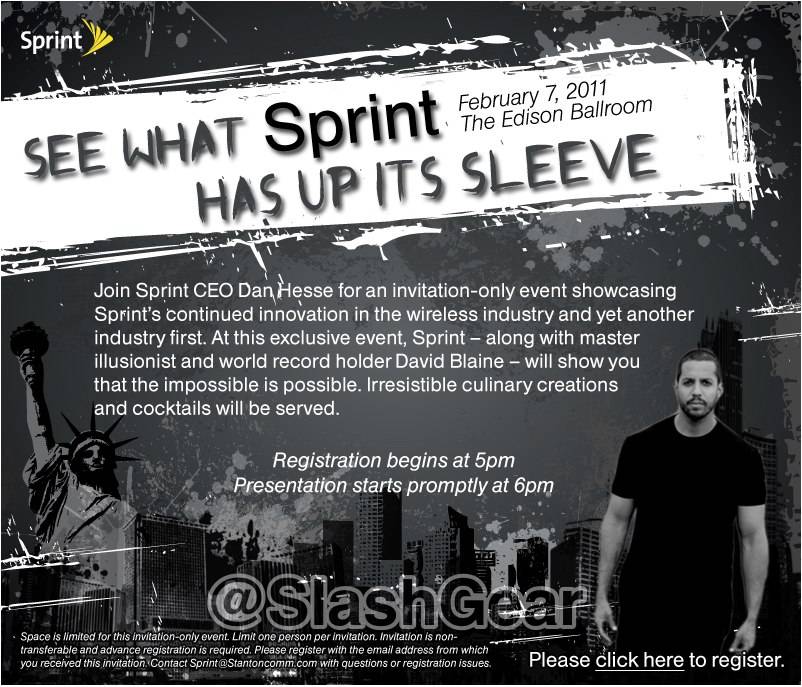 Uh… so this is weird. Invites have just gone out to publishers for an event hosted by Sprint at which we’ll all “See what Sprint has up it’s Sleeve.” It’ll be invitation only (like these things usually are,) and will showcase “yet another industry first.” And David Blaine will be there. Uh… neat? Chances are it WONT be an iPhone unless Sprint has some magical way to integrate 4G connectiveness without changing the iPhone hardware (that was the holdback for Verizon yesterday), it’ll be more than likely some other kind of wackiness.

On the other hand, now that I think of it, these invites seem to have only been sent out to Android-specific sites, so almost CERTAINLY not an iPhone (unless they just want everyone to punch them in the nose.) Or maybe it’s the Facebook phone!? No way. Any guesses as to what’s up?