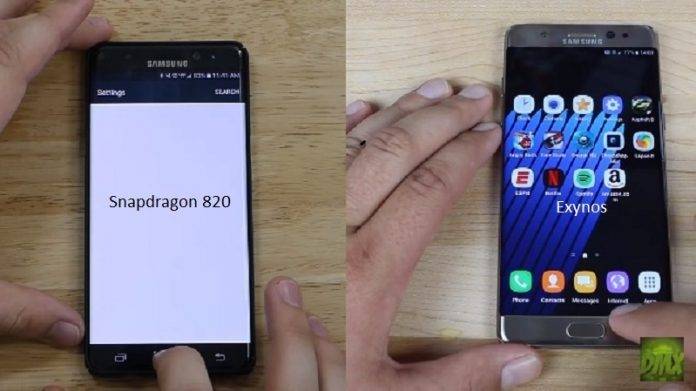 Will the Exynos model outperform the Snapdragon Note 7? This is one of most common questions being asked within the Android community today. The Galaxy Note 7 has been tested against several other phones already but this is the first time we’re featuring one model but with different processors. DroidModderX ROOT Master, the same guy who shared early Note 7 details before the official launch has done a Speed Test comparing the Exynos and Snadragon Note 7. He performed the speed test the same way he did on the LG G4 and Samsung Galaxy Note 5 same time last year.

Both phones started easily on the stocks apps but showed different speeds when games are opened. The Exynos version is obviously faster compared to the Snapdragon 820 Note 7 especially when it comes to Asphalt 8 and Angry Birds. The Snapdragon version lagged when opening the games while the Exynos goes on opening several apps ahead of time.

The Snapdragon seems to be taking forever even when opening simple apps. The Exynos Note 7 is almost done opening all apps while the other one is still stuck on earlier games. The Exynos finishes opening apps at 1:18 on the first round while the Snapdragon finishes almost a full minute late at 2:20. 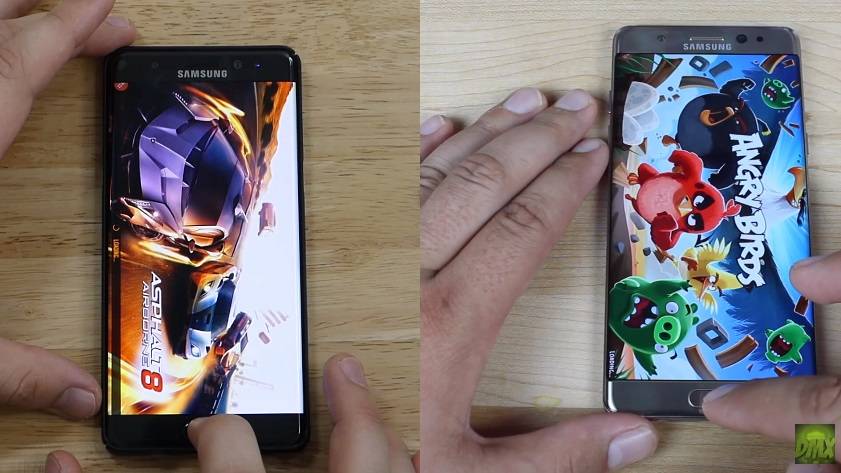 It’s clear that the Exynos Samsung Galaxy Note 7 outperformed the Snapdragon variant. Watch the video below: