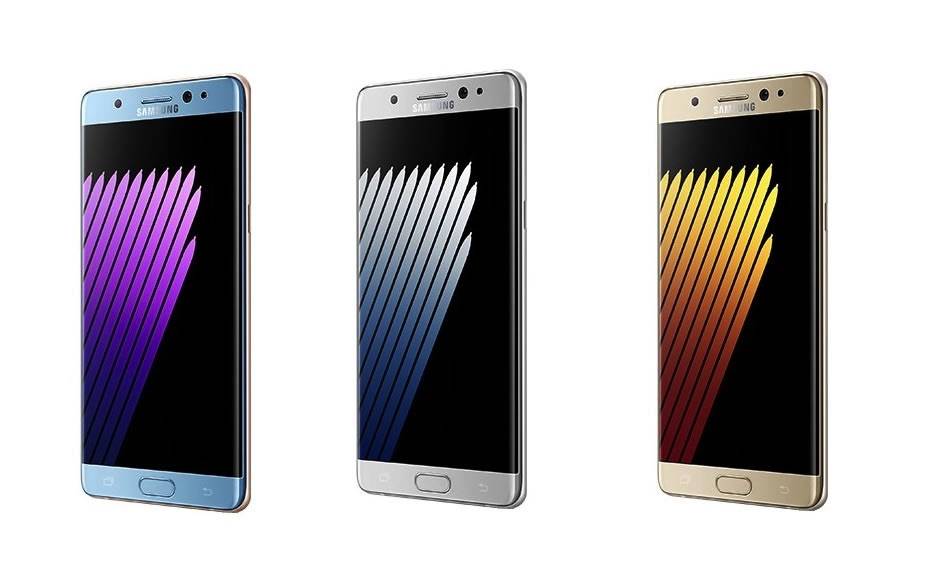 We’ll never get tired of rumors and leaks especially now that we’re less than two weeks away from the August 2 Galaxy Unpacked event where the South Korean tech giant is set to unveil the Galaxy Note 7. Every single day since the press invites to the NYC launch were revealed, we’re being fed with more and more details. We’ve already filled a few pages about the Galaxy Note 7 and Note 7 edge on this website and we’re expecting to learn more about the highly anticipated follow-up to last year’s Note 5.

DroidModderX ROOT Master shared everything there is to know about the Note 7 in a video. The YouTuber mainly summarized all the rumors, leaks, and specs we’ve seen and heard. So far, here are the things we’ve been uncovering the past few weeks and months:

• DESIGN AND BUILD: The Samsung Galaxy Note 7 is believed to be a bigger brother of the Galaxy S7 edge with the exact design and dual edge display. There’s the metal frame holding the front and glass back panels. The Note 7 is expected to be thicker and taller this time.

• SPECS: The next-gen Note will be powered by a Snapdragon 821 processor. It’s not a huge difference from the S820 of the S7 and S7 edge but it’s very much welcome. As for the RAM, it’s either 4GB or 6GB. Rumor has it that Samsung is finally dropping the 32GB and have 64GB as minimum onboard storage with 128GB and 256GB models. The microSD card slot will still be there.

• S-PEN: The S-Pen will be new and improved and hopefully, won’t be stuck. Some software enhancement can also be expected.

• IRIS SCANNER: The iris scanner will definitely be there and you need to look at the dots on the display for eye-print recognition.

• AVAILABILITY: Official launch will be August 2 and market release will most likely a couple of weeks later in key markets like the United States and South Korea.

Aside from this round-up, we have new leaked information about the upcoming Galaxy Note 7’s iris scanner. We’re sure about the new technology coming to the Samsung phablet but recently sighted are usage warnings for the iris scanner. According to the images, eyes must be at least 20cm away from the iris scanner and must not be under direct sunlight. 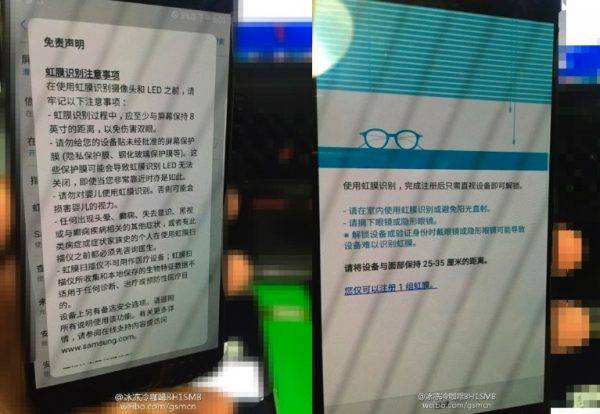 The iris scanner must also not be used by the babies or those wearing eyeglasses and contact lenses because the scanner may not be able to identify the eye-print and verify identity of the user. That makes sense but that could be a problem because many people use glasses and contact lenses. If that’s the case, then the iris scanner will be useless to a particular group of people.

So the iris scanner has limitations. We didn’t think about such possibilities but that’s something to consider now. We’ll see. Or not.

When it comes to color options, recently leaked press renders tell us that there will be Gold, Blue, and Silver Note 7 models. No rose gold version as earlier speculated but it could be a special edition.