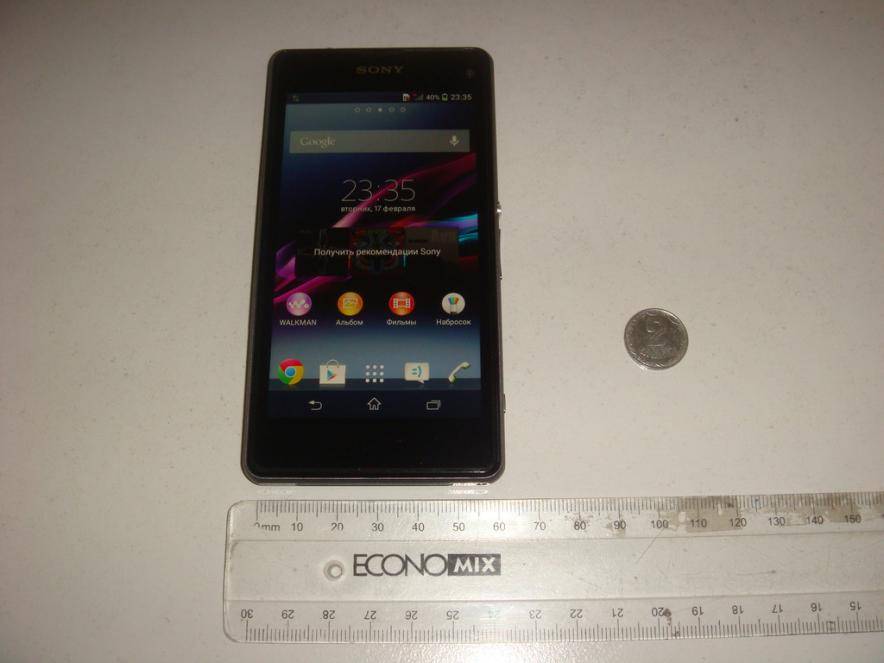 A mysterious Sony smartphone made a very brief appearance in the company’s global mobile site a few days ago. While we haven’t gotten anything new about this Sony Xperia Z1S, these bunch of leaked photos confirm the device’s existence. That is, if the source is to be given credence.

The most that can be said about the Xperia Z1S is that it has a 4.3-inch display with a resolution of 1280×720 pixels. The rest of the specs can be attributed to a collection of rumors, such as a Qualcomm Snapdragon 800 processor, 2 GB of RAM, 16 GB of internal storage, and a 2300 mAh battery. There is also talk of IP55 and IP58 level dust and water resistance, but a lot of these specs are mostly taken from the current flagship, the Xperia Z1.

These new set of photos don’t add anything new except for a peek at an actual device that is supposedly the Xperia Z1S. A snapshot of the device’s About page does confirm the presence of Qualcomm’s latest mobile processor. The Android version, however, is set to Android 4.3, unlike the previously rumored Android 4.2.2, which, of course, is welcome news. According to the source of this leak, the custom Sony launcher exhibits some slowing down, but it happens so rarely to have any negative impact on the overall experience.

The Xperia Z1S is believed to be the international version of the Xperia Z1 f, also known as the Honami mini, which is only available so far in Japan. The photos do seem to support that speculation, showing the device measuring 60 mm x 120 mm. This is, of course, all presuming that the smartphone displayed in the photos is indeed the Xperia Z1S. We’ll just have to wait for more information or an official announcement from Sony to really find out.