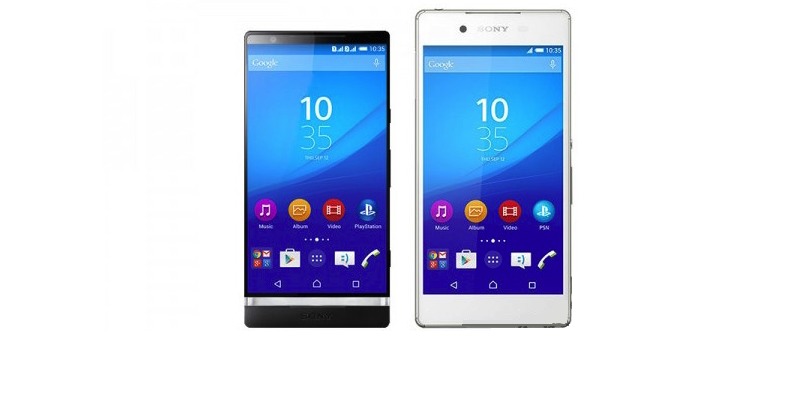 The Sony Xperia P series may be old but it seems the Japanese company still has plans to revive it by launching the Xperia P2. We’re still regarding this as a rumor for now but some images were posted on a Chinese website complete with specs and dimensions. The new smartphone was even compared alongside the newly launched Sony Xperia Z4–this one we mentioned was a slight improvement of the Xperia Z3.

The Xperia P2 looks high-end and ready to compete with the newest flagship phones recently launched. The phone also seems to have inherited the same look of Sony Xperia P from three years ago with those nifty transparent navigation buttons. Notice that transparent band at the bottom? Sony has already used the same design on the Xperia P2’s predecessor.

The Sony Xperia P2 appears to be all boxy, as usual, but the back is all-metal and has an arc thickness of 8.9mm to 10.9mm. That’s thick in an age where smartphones are competing to be the slimmest and the sleekest but the battery is believed to be an impressive 4240mAh so it’s just okay. As long as battery life is longer than usual, the thickness is acceptable. Anyway, slim phones become thick too when protected with a hard cover. Some protective cases even come with extra battery so the Xperia P2’s slight thickness is okay.

Looking at the specs, the Xperia P2’s features are almost similar to the Xperia Z4 but instead of a 20MP camera, there’s only a 12MP camera with 1/2.3 Exmor RS CMOS. The phone boasts of a high-power flash, 5.2-inch screen,TRILUMINOS Display IPS, 1920 x 1080 pixel resolution, 3GB RAM, 32GB built-in storate, 1.9GHz Qualcomm Snapdragon 810, and a 5.1 megapixel front-facing camera.