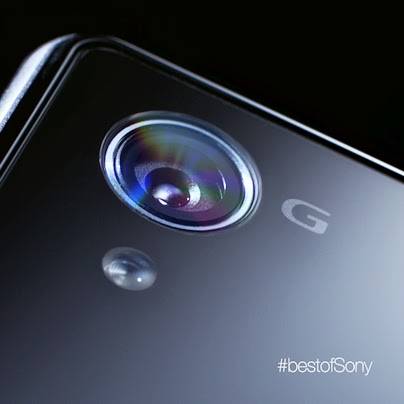 Sony had kicked off the #bestofSony campaign and so far they have been giving sneak peak looks at the device believed to be the Honami. Or as it has since become, the Sony Xperia i1. An announcement is expected to take place at an event just prior to IFA and this most recent image teaser has brought the talk to one of the more popular points of the handset — the camera.

In this case Sony has shared the image you see above with a question of “have we captured your attention yet.” This image matches up with earlier leaks, however there is one item missing from this official pic. That is the 1/2.3 and 20.7 MP references that were previously sitting under the G.

Of course, the lens and flash are both sitting in the same spots. This image also provides a little look at the (what appears to be a small) lip around the back of the handset. Basically, it looks like there is no question that the Honami (Xperia i1) will launch with the Sony G Lens.

Looking back and some of the earlier #bestofSony postings offered a look at the power button and also a bit about it being water-resistant. The nice part about the water image was that we were given a look at a fair amount of the phone. That pic showed the entire length of the top as well as the side. Coincidentally, the same side the power button sits on.

Otherwise, the Sony event is scheduled for September 4th and the latest of the still unconfirmed specs suggest the handset will drop with a 5-inch 1080p display, Qualcomm Snapdragon 800 processor, 2GB of RAM, 16GB of internal storage, a 3000 mAh battery and 20 megapixel rear-facing camera. The handset has also been spotted in a variety of colors to include black, white and purple.