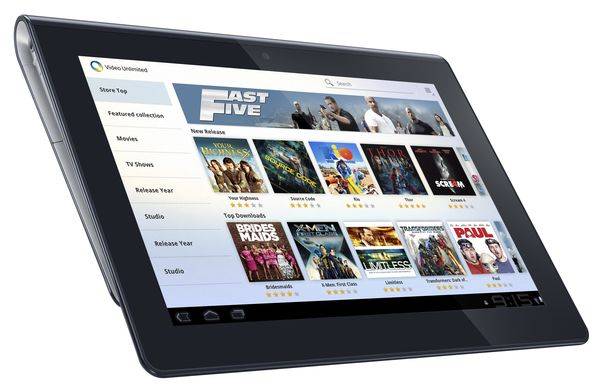 Are Netflix, HBO GO, movie rentals from the Android Market and a half-dozen other video solutions just not enough for you? Well take heart movie buff, Sony Video Unlimited is available now for the Tablet S, and it’ll be coming to other Android devices soon. What’s interesting here is that Sony isn’t limiting its distribution to its own tablets and phones – other manufacturers will be supported as well.

That’s a surprising move from Sony, who’s historically been a big proponent of the Apple-style walled garden. (Anybody remember ATRAC? Ugh.) The company says that it will soon release the Sony Video Unlimited rental app (formerly Qriocity) for a wide range of devices, dependent upon the software’s hardware requirements. The complicated dealings of video licensing will play a part too. “Video is complicated by some of the technical aspects of our deals with the studios… we have to make sure that the quality of our service is something that lives up to our standards and is something our studio partners are happy with too.” said Sony vice president Mike Aragon.

Sony is uniquely situated among Android manufacturers. They have a historically strong brand and a decent following along with Sony Ericsson, but they bring something to the table that not even Google can match: media experience. Sony’s got properties and deals in TV, movies, music and video games, a position they’ve tried to exploit to push their own hardware in the past. There’s a fair bit of marketing going on here too, of course, but it’s promising to see the company opening up.

[via The Los Angeles Times]