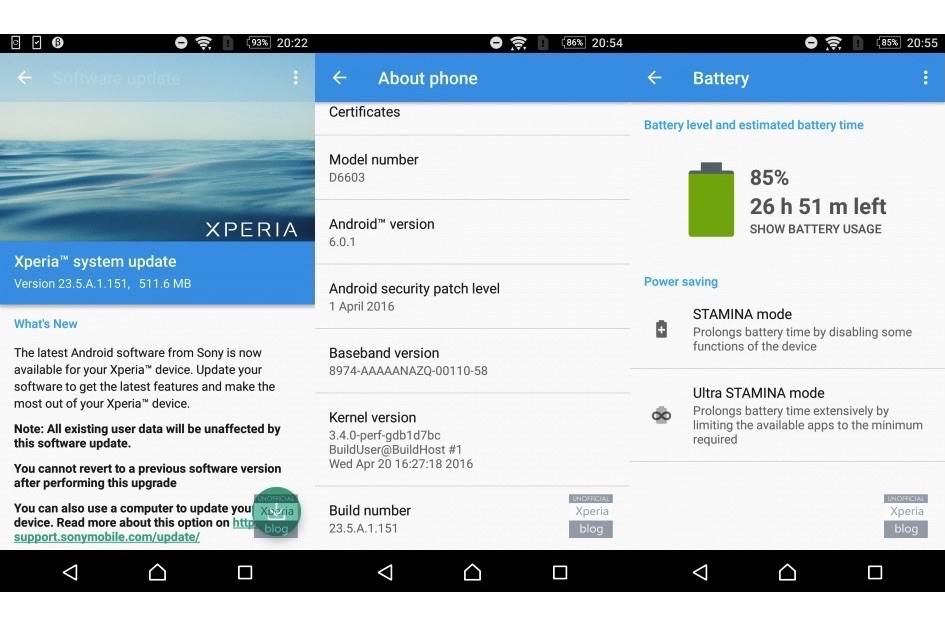 STAMINA mode has long been available on Sony smartphones since 2013 but unfortunately, it was not included in the most recent version of the Android platform. When you use Marshmallow, you won’t find this particular battery saving mode which has been useful in reducing background activities. We don’t know why exactly the company removed it but we’re guessing it’s because of the Doze mode that’s already part of Android 6.0.

Last month, we reported that Xperia devices running Android Marshmallow will be updated with STAMINA mode soon. No need to wait that long as Sony Mobile has just rolled out the Marshmallow update albeit in beta mode only.

Android 6.0.1 is upgraded with 23.5.A.1.151 version which brings back the STAMINA battery mode for owners of the Z3 (D6603), Z3 Compact (D5803), and Xperia Z2 (D6503). After the update, enable the battery mode by going to Settings> Battery> Stamina mode. Feel free to set battery level percentage when you want to activate Stamina.

Google has added Doze mode to the Marshmallow so this Stamina mode feature by Sony may have some limits. This version is still in beta so you may see some changes in customization level. The Marshmallow STAMINA mode may be different from the Lollipop version so don’t be disappointed if you notice that some features are not available in this version.