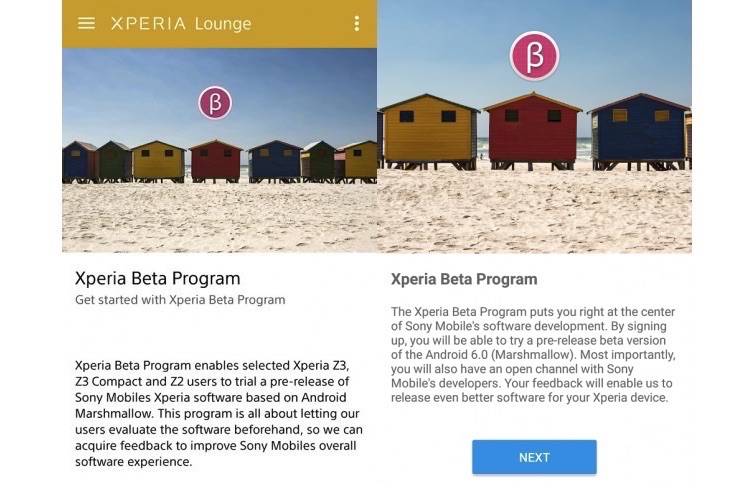 The Sony Xperia phones have yet to receive the Android 6.0 Marshmallow update but it’s believed to be arriving soon. Why, the company just rolled out the Xperia Beta Program to select users, hoping to fix the errors and squash more bugs before the official public release. This Xperia Beta Program is similar to the beta testing program Samsung launched initially for Galaxy devices.

Note that this ‘Xperia Beta Program’ is very much different from the ‘Concept for Android‘ program. But like the latter, this program is only available in a few countries and for three Sony Xperia models only: Xperia Z2, Xperia Z3, and Xperia Z3 Compact. Countries that are eligible to try the program are the Netherlands, Spain, and Italy. According to Sony, the Concept for Android is more of an experimental consumer driven software while the Xperia Beta Program is the quality beta test of the official software.

So that’s it. The Xperia Beta Program is for the official Android Marshmallow. It’s what Xperia phone owners and the rest of Android community have been waiting for. The Concept for Android, on the other hand, is just an experiment. Sony could be integrating it or not–who knows what the company wants to do with the software.

If you own an Xperia Z2, Z3, or Z3 compact and if you live in Italy, Spain, or Netherlands, you can sign up for the Xperia Beta Program by downloading the app first from the Google Play Store.