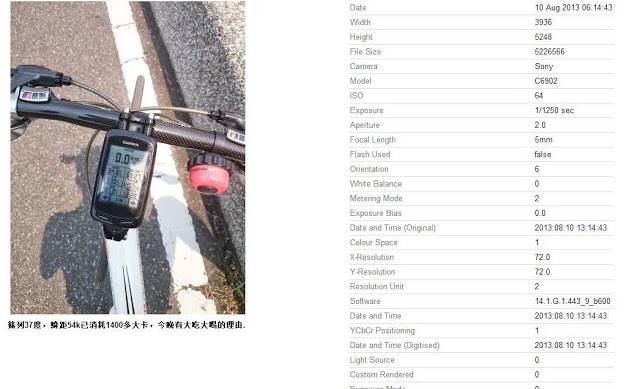 With barely a month left for its rumored unveiling, leaks regarding the mysterious Sony Honami keep coming in. Now we have some information that confirms some rather impressive details about Sony‘s next big smartphone.

Details of a photo supposedly taken with the Sony Honami’s camera reveal an output resolution of 3936×5248, confirming earlier rumors that the smartphone will be sporting a 20 megapixel camera. Also shown is the camera’s aperture, recorded at f/2.0. With just these specs alone, it wouldn’t be too far-fetched to think that it will be competing with camera-oriented smartphones like the Samsung Galaxy S4 Zoom.

The rest of previously leaked hardware are competitive as well. A Qualcomm Snapdragon 800 CPU, 2 GB of RAM, a 5-inch full HD 1080p display, and 3000 mAh battery are definitely things to crave for. There is no new information yet about the supposed 8 megapixel front-facing camera or the purple edition seen in a leaked official photo ad.

Photography aficionados in the Android community might want to keep an eye out for this one. Sony is expected to unveil the Honami on September 4, right around the start of the IFA trade show in Germany, so we might still get treated to new leaks in the coming days.