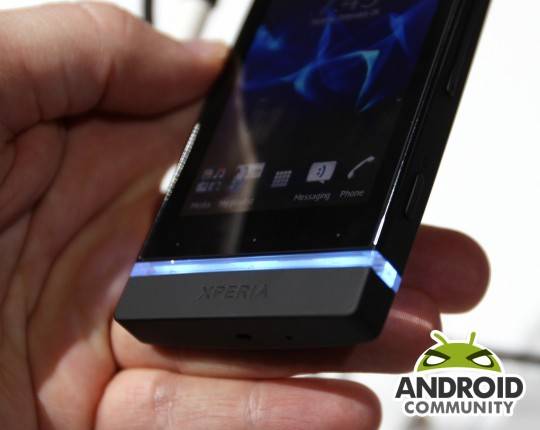 Clove has just released that the Sony Xperia P and Xperia U should be available on April 23rd. The Xperia P will retail for £315 ($425) and the Xperia U will set you back a bit less, at £199 ($268). These prices reflect the black versions of both handsets, but it’s likely they will carry over to other colors.

As for both models, and including the Xperia S, we’ll find they’ll ship with Android 2.3 (Gingerbread). If that’s a ‘deal-breaker’ for you, then san update to Android 4.0 (Ice Cream Sandwich) should be ready and rolled out by Q2 of 2012. Most noticeable from each of these devices is the transparent strip found near the base of each. There resides the phone’s antenna, and it will also pulse as a notification LED.

It will be nice to see how customers like its transparency. After handling the Xperia S at CES this year, it looked and felt great. Be sure to check out our hands on with both the Xperia P and Xperia U. You’ll notice that between all three, only the color and sizes differ.