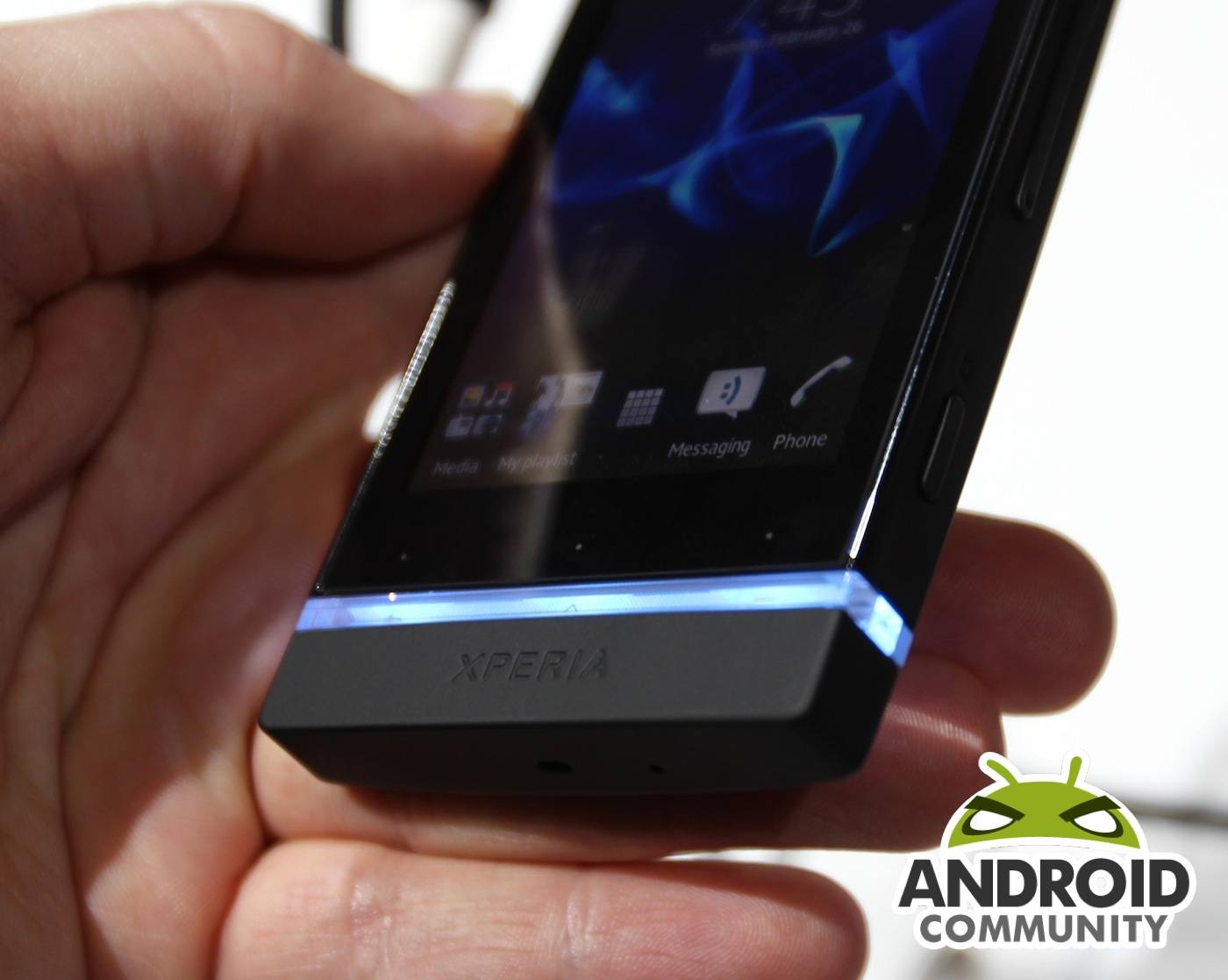 After a long period of surreptitious peeks, the Sony Xperia U is finally official. This cute little guy is the “baby bear” to the Xperia S and the newly unveiled Xperia P, sitting at the bottom of the line but featuring surprisingly good hardware and styling, including a color-shifting translucent navigation area. After Sony’s press conference we hung around to try out the small wonder and came away with some pics just for you. Is the Sony Xperia U “just right”? Decide for yourself below:

The 3.5-inch screen is the smallest in Sony’s current offerings – interesting that the line that Apple won’t go above is where others begin from. It’s definitely a little less than current Android users are used to, but thanks to a bright, sharp panel it’s surprisingly usable. That’s helped along by the 1.0Ghz dual-core processor, decidedly more powerful than you find in most “budget” phones. The OS appears to be Gingerbread, but neither the software nor the hardware is final on the phone. 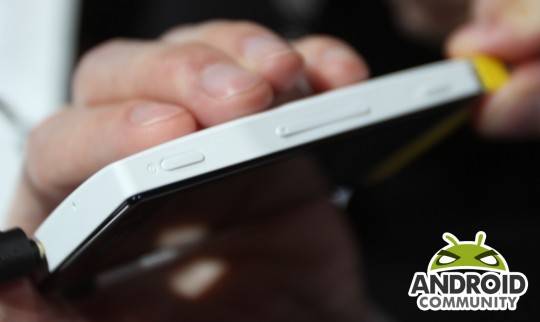 And speaking of hardware: it’s a looker. Essentially a shrunken version of the Xperia S, the U keeps the snazzy transparent menu buttons that glow various colors sd s big, horizontal indicator light. It’ll also pulse sympathetically with certain apps, for instance matching the ambient color in the Gallery. The plastic portion below the nav buttons can be removed and swapped, if color accessorizing is your thing. 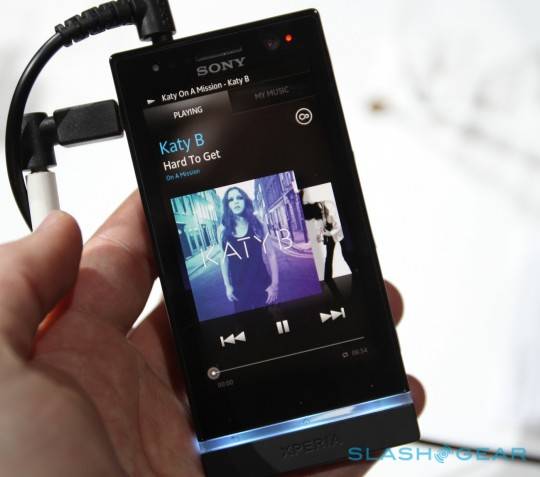 Though the Sony Xperia U will go on sale on Three in the UK beginning in March, there’s no word on what it’ll cost, or when it will come to other markets. Europe and Japan seem like no-brainers, but we’d love to see this one cross the Atlantic and fill bring some small-screen relief to the underpowered Android offerings of US carriers. Keep checking the Mobile World Congress 2012 portal for looks at new phones and other hardware from Barcelona.