Whilst chatting at a Verizon event last night, we again heard, this time direct from a Sony Ericsson repreentative, that the reason the Xperia PLAY is able to launch with Android 2.3.2 Gingerbread is that this “PlayStation Phone” was once in the running to be Google’s hero phone. This spot as Gingerbread model has since been usurped by the Nexus S, but didn’t leave Sony Ericsson empty-handed. In fact, Google didn’t leave Sony Ericsson at all, working with them from start to finish on a phone that’s as optimized for Android a piece of hardware are you’re ever going to find.*

*This is basically what they’ve told us about the awesomeness of the device, and I’m sure you’ve heard it before, but having had our hands on the Sony Ericsson Xperia PLAY now several times, we’re bordering on completely convinced. Have a look back at the post called “On the importance of the Sony Ericsson Xperia PLAY [via a casual conversation with an inside source]”, and note here that what we’ve just been told is that the information we picked up back there was nothing less than completely true. 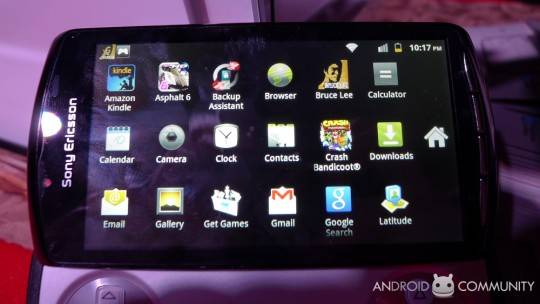 This phone, the “PlayStation Phone,” is optimized not only for Gingerbread, but it’ll essentially be blowing the lid off the Android Market when it’s released as at the SAME TIME there’ll be a magic number 50 games available, most of them brand new, launched at the same time as the phone, all of them optimized for this device specifically. We’ve played more than a couple of them and it’s a real PlayStation experience. While nothing is exactly the same as holding the utterly classic PlayStation controller in your hand, this device gives you a real PlayStation feel where you can play games in a place you’re comfortable rolling out in.

Along with the games, it’s important to note that they’ll all be released at the same time as the PLAY and will be optimized for it, but they’ll work on a lot of other Android devices as well. Instead of the controllers being physical, they’ll be virtual and on the screen. Sony noted though that THAT kind of experience was what they’ve been trying to avoid. Thusly, this phone exists. 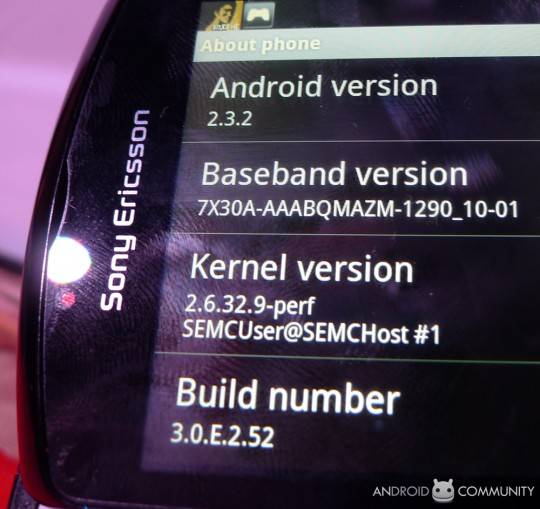 Another interesting point we’ve been reminded of is that that the physical button functionality is built in to Android 2.3 Gingerbread. All developers need to do to make PlayStation optimized games is to gain access to the NDK, like they would anyway, and call up the appropriate bits that are native to Gingerbread. No willy-dilly business needed. It’s as if, again, Google had something like this in mind for quite some time. 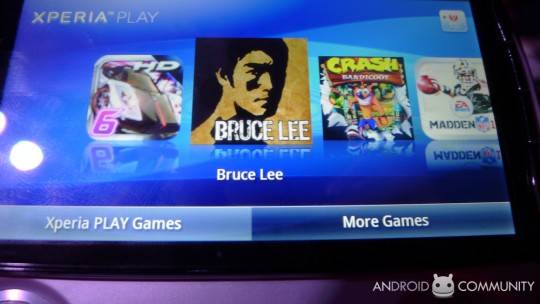 So the important info to take away from this is that even though the Xperia PLAY was once in the running to be released as the Google hero phone for 2.3 Gingerbread, they didn’t really lose out after the Nexus S usurped. In fact it used its position with Google to flourish, and you’re going to see that when this device is blasted upon the earth soon, soon, soon! 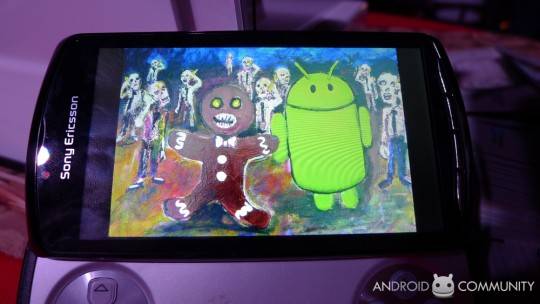