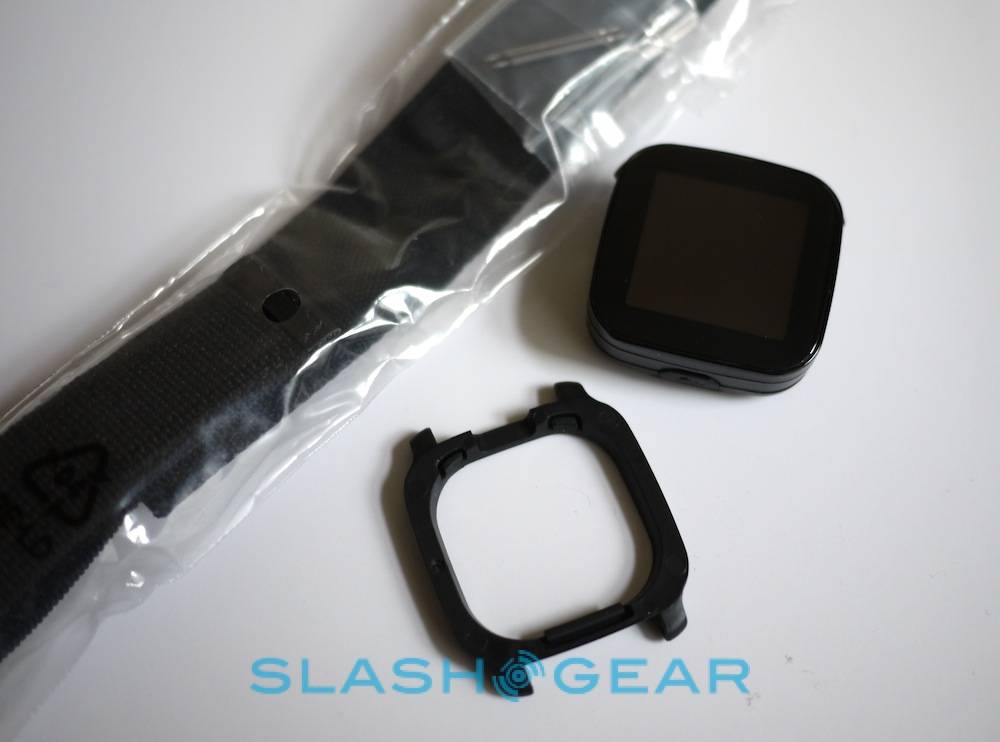 Oh Europe, you get the all the cool stuff. Right? Our resident Englander master of many things Chris Davies got his hands on and subsequently reviewed that lovely little “what does it do?” device the Sony Ericsson LiveView. You know, the one that released early November and got a really strange introduction to the world of developers by a mister Marcus Hansson over Thanksgiving weekend? It’s a neato little device about the size of a large wristwatch face that connects wirelessly with your Android phone, sending you updates and telling you the time and such.

On the front there’s a 1.3-inch 128 x 128 color OLED display, on the back there’s a strong metal clip. Also included in the box is a nylon wrist-strap and a plastic frame assembly for you to be able to create a big ugly cool watch if you want. Two buttons on the top (one of which also controls power), and a touch-sensitive bezel with four panels, up, down, left, and right – not quite as intuitive as, oh, what’s the same size basically and looks almost exactly the same? Oh yes, iPod Nano.

The device is cool though in that it’s essentially compatible with all Android phones running 2.0 and above, with a free app available in the Android Market (be sure to read Chris’ description of the other app available, both apps confusingly seeming to do the same thing.) Right out of the box, this device supports incoming calls, SMS, Facebook and Twitter updates, basic media player control, RSS headlines and date/time. Developers are encouraged to create apps for this device specifically, the selection of apps currently being limited, the coolest of the ones out so far seeming to be a Google Maps “Where Am I” app, showing you, you guessed it, the place where you happen to be – on a Google Map! Neato.

The piece of the puzzle that’s missing from this device seems to be the most important one: performance. As Chris notes, the idea behind this device ends up being rather brilliant in that it has the potential to make your experience with your mobile device(s) another level of enjoyable. However with the connection being broken on several occasions, the battery lasting about half as long as promised, and general letdowns with the controls, this little fellow might need another look before it becomes a winner.

Take a look at the full review over at [SlashGear]