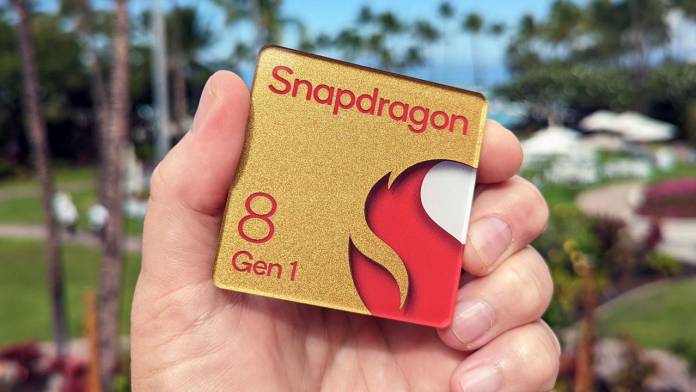 The three most anticipated mobile chipsets of 2022 – Snapdragon 8 Gen 1, Exynos 2200, and Dimensity 9000 may not be that great in performance and efficiency gains after all. Yes, we saw the strange leak of Exynos 2200 falling a bit short as compared to its predecessor’s evolutionary gains, and now Snapdragon 8 Gen 1 seems to be headed the same way if tipster Golden Reviewer is to be believed. That said, it is juxtaposed with the benchmarking duel between Dimensity 9000 and Snapdragon 8 Gen 1 suggesting the former is in fact better than the latter!

All the three chipsets are based on the 4nm node process and Qualcomm being the industry leader is under more pressure to deliver this year since MediaTek is coming in strong. Thermals seem to be the major issue on all these chipsets and the latest test of Snapdragon 8 Gen 1 SoC on the Motorola Edge X30 doesn’t spell much good news for Qualcomm.

As per Golden Reviewer, the flagship chipset has very obvious efficiency, sustained performance, and heating issues. One can say, Motorola might not have implemented the SoC optimally or there might be underlying problems with the tested chipset, but at the end of the day, that’s just a lame excuse.

The in-depth tests tweeted by the tipster show that the Cortex A510 cores used in the Snapdragon 8 Gen 1 are 15 percent more powerful than the A55 cores on the Snapdragon 888. But on the flip side, it is 33 percent less efficient; a very bad trade-off, if we might put it mildly. 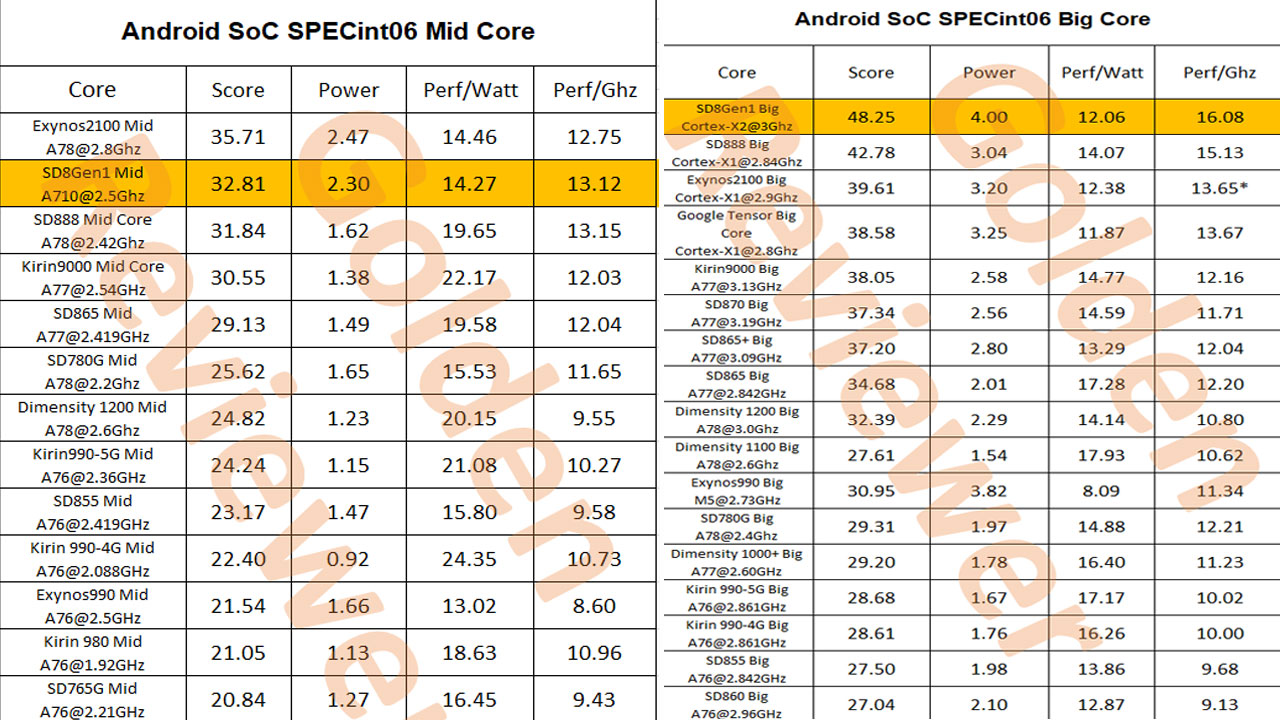 Cortex X2 super core also doesn’t excite much as the power consumption is going to be 70 percent more and the A710 mid-core is not much better when compared to the A78 GPU. On top of it, all the thermal management for the Snapdragon 8 Gen 1 has taken a hit as compared to Snapdragon 888.

On the brighter side of things, these are just tests run a device that we don’t know much about, and in real-world settings, Qualcomm might tweak things just right to get things back on track. If, however, the pattern of these unverified benchmark tests follows to the finally released SoC running on an optimized mobile device, it will be utterly disappointing!