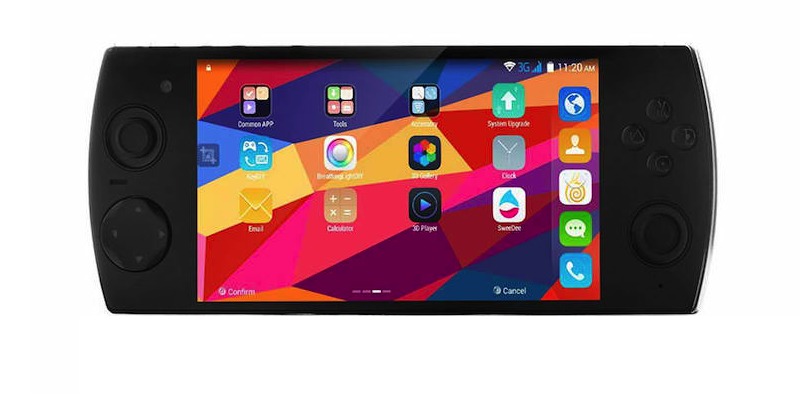 We know that Snail Games would be releasing a new Android gaming device as the company showed off the W3D Android gaming phone and the OBox Android game console at the International CES last January. After the announcement of the Age of Wushu Dynasty for Android last week, Snail Games is now opening pre-order for the W3D Gaming Cell Phone.

The W3D has just been listed on Amazon exclusively by Snail Mobile. The W3D boasts of glasses-free 3D visuals for a different gaming experience. Actually, 3D graphics on a gaming console or device isn’t a new idea but gamers have not fully embraced it. The Snail Games team hopes to finally make 3D gaming as popular in the Android gaming arena.

The Android gaming device-slash-phone runs Android 4.4 although it was mentioned that it would run Android 5.0 Lollipop when it was first announced. Don’t forget that it’s also a smartphone but I’m sure that if you decide to get this, it means you are a hardcore gamer who wants to experience Android mobile gaming. Another impressive thing about the gaming phone is the 4000mAh battery that can give up to 16 hours of battery life on standby and five to seven hours for playing.

The W3D phone also boasts of built-in button mapping which allows you to use touchscreen based controls to play Android games. This also means you can map those buttons to the physical game controls of the W3D. The device is open source so you can also play and download other Google-based games. Other specs of the gaming phone include WiFi, Bluetooth, dual SIM support, dual USB ports, stereo speakers, 5MP front-facing camera, and a 13MP rear camera.

Amazon now lists the Snail Mobile W3D for pre-order. It may be too early before the September 29 release date but I guess the company just wants to know if the device has the potential to sell. Price tag reads $399.99 which makes it in the mid-range to premium category.