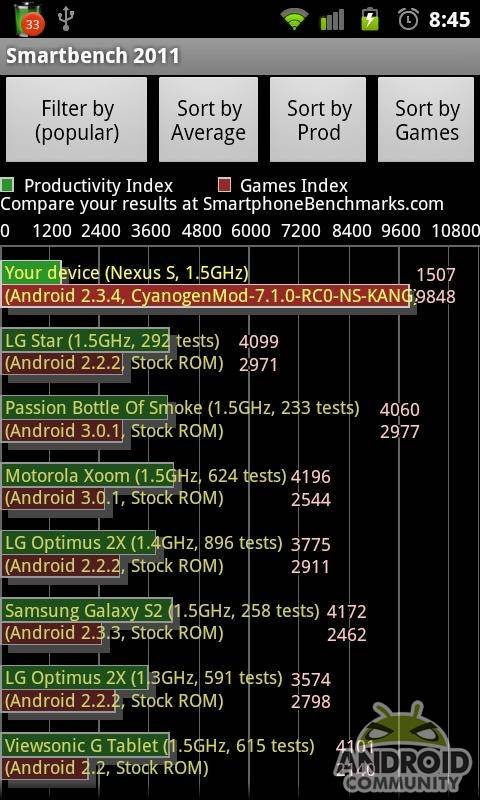 Here’s the thing with benchmarks – and I said I’d never talk about how they’re inaccurate again, but here we are – they’re inaccurate. The fact that they can be fiddled with and bugs, (like the one our own Simms22, aka the head of the Android Community forums just found below), might lead some to believe that they’re useless. I say nay, and Simms22 says nay, us both on a united front of nayness like you’ve never heard before. That said, look at the destruction Simms22 has dug up with his magical Nexus S, the magic maker overclocked to heaven and back.

That’s right 10,082 in Smartbench2011. That’s absolutely insane. If you’ll take a look back at the post by the name of Nexus S Beats Out Dual-Core Devices for Top Spot in Performance Benchmarks you’ll see that with a combination of rooting, adding CyanogenMod 7 and running the Trinity kernel, tweaking and tweaking and tweaking results in a powerhouse of a device that takes benchmark tests and breaks their backs like Batman. 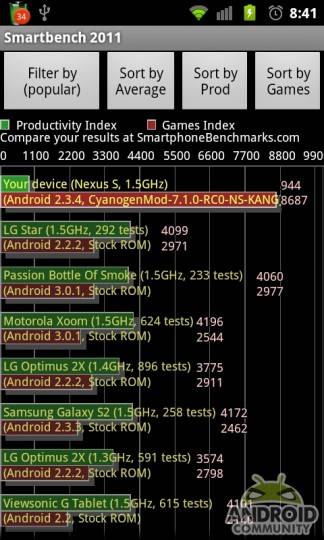 But should we do away with benchmarks? I say again nay! Am I in Horseville? Because I am surrounded by naysayers. Why, you say? Because until we find out that manufacturers are tweaking their hardware to be better in these benchmarks we’re using to look good in them specifically, each and every benchmark we’ve got displayed in reviews here on Android Community remains valid, because all of these results are straight out the box.

Now let’s talk about the rest of these results Simms22 rustled up. Holy god look at these numbers, man, gigantic as all get-out. Simms22 has this device overclocked to 1.544GHz, that being a big momma in a single-core processor, beating the crap out of every dual-core processor on the market – does this mean the Nexus S is more powerful than these otherwise massively impressive competitors, or does it just mean that the tests are messed?

In this case, It’s a bit of both. While previously we’ve seen the Nexus S and the LG G2x from T-Mobile racing neck and neck for the top spot in the benchmark race, Simms22 has today been told by the creator of one such benchmarking system, Smartbench 2011 (and 2010, by the by,) that his system certainly has bugs in it that need to be worked out. It was either that or suffer some major hits at the hands of those who would point out that there’s no possible way for a single-core to beat a dual-core device — unless of course you’re Simms22 and your device is the Nexus S, right? 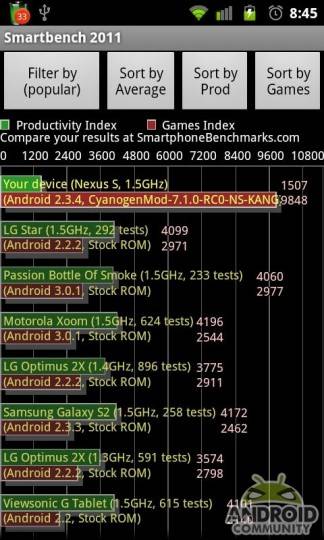 See all the different devices we use benchmarks on by heading to our review portal and witness how deadly the Nexus S really, truly appears to be here. Nothing, I repeat NOTHING has gotten these scores in the past in our reviews. Simms22 broke the system!