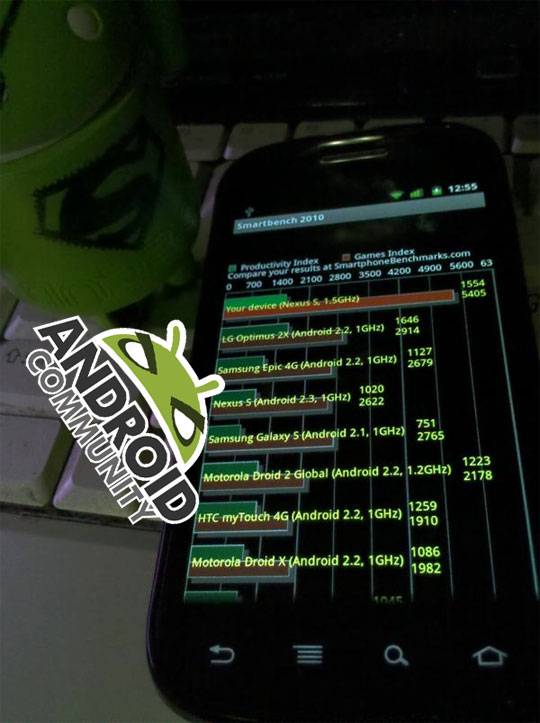 Behold, the once and still king of numbers, Nexus S. The following winning spots have been achieved by our very own forum manager Simms22 and are achieved by combining a Samsung Nexus S device with the latest version of CyanogenMod 7 and the kernel currently known as Trinity 1.544Ghz. What this kernel has done in combination with CyanogenMod 7 is bump the effectiveness of the Nexus S, a phone that, mind you, only has a single core, up to benchmarks that are beyond even the greatest dual-core scores of today. This is big business, and if I do say so myself, chip manufacturers need to put their game faces on and start steppin.

Let’s talk for a moment, for the folks who never took the time to figure out all this deep modifying junk or are just brand new to Android and all that, about what Trinity14 aka Trinity 1.544Ghz (as it exists today) is, exactly. It’s a kernel, aka the central component of your Android mobile operating system. What your kernel does is act as the lowest down base boss of your system’s resources and effectively tells your phone where to distribute its money. If a kernel is the brain of the body that is your Android device, the ROM is the guts and the skin. The kernel tells your car that it needs to go forward, while your ROM tells it how to steer and not crash.

Now what we’ve got here is Trinity working with CyanogenMod 7, by far the most famous and well updated and distributed ROM for Android in the world. It’s so popular that it recently hit the 200,000 installed devices mark. The Nexus S in question here has both the newest version of Trinity and the newest version of CyanogenMod 7 running hot. This is not the first time we’ve seen Trinity push the Nexus S to the next level. The first of two posts in the past show the Nexus S overclocked to 1.3Ghz showing a score of 3508 overall with 8897 in CPU, this is already a massive jump from the 1Ghz stock it basically starts with. 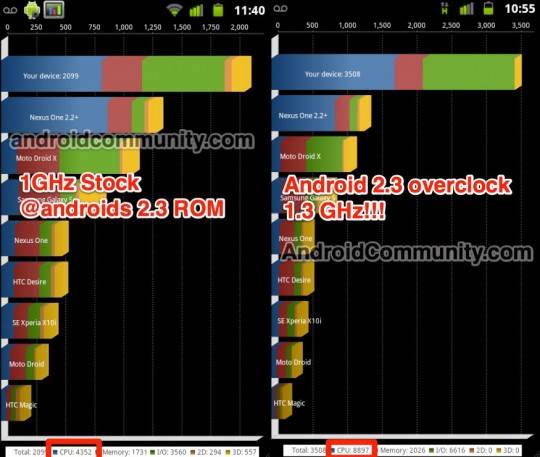 Then the second time, as recently as May 18th (today is the 30th), we see the LG G2x, a phone we also very much love, but know to be a dual-core processor having powerhouse on its own, scoring 4570 overall with 12009 in CPU in Quadrant – this is with the G2x overclocked to 1.5Ghz. 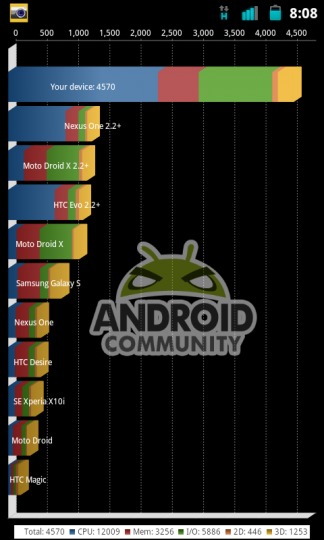 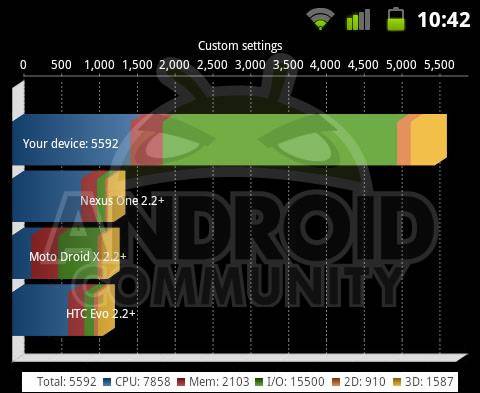 Finally we see that score beaten once more, again by our hero Simms22, this time up to 5680 total and CPU up to 8290! Insane! Again, dual-core processor manufacturers, step up your game! 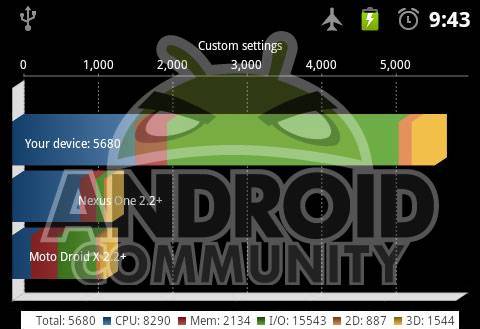 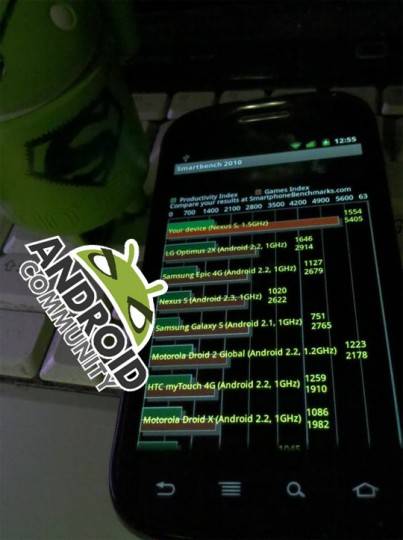 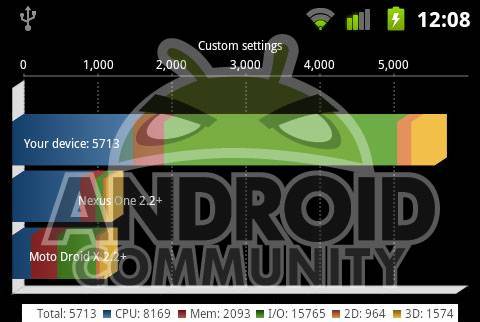