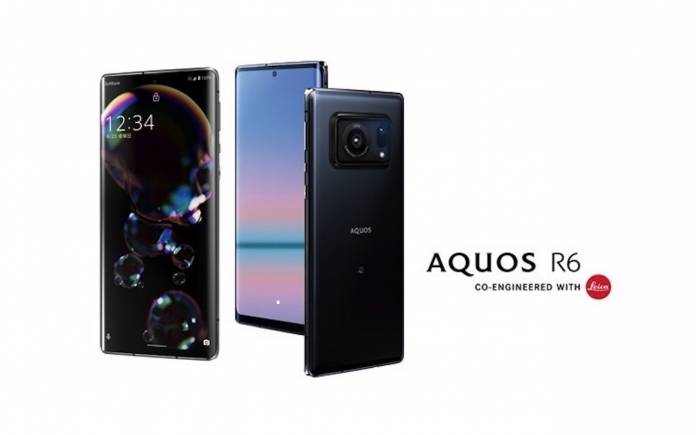 Almost a year has passed and we haven’t heard anything new from Sharp. That is about to change as the company is said to be introducing a new smartphone this week. A Japanese leakster has shared something about the upcoming Sharp AQUOS R6. Its arrival already comes as a surprise but what’s more interesting is that the Android phone is said to feature a Leica camera system. It still is a rumor but we’ll get to confirm everything today, May 10.

A Leica-powered camera system is expected to make any phone sell as with Huawei. For years, Huawei flagship phones are considered the best in the industry as made possible by the Leica cameras. Other OEMs partnering with a big name in the camera business have also followed like OnePlus with Hasselblad.

Huawei and Leica’s exclusive partnership have come to an end. This means Leica is free to find other partners. The next one could be Sharp as shown off in the image.

The upcoming Sharp AQUOS R6 is believed to be a premium smartphone. The Leica branding is there so we’re expecting more from this Android phone from the Japanese company. It will follow the Sharp Aquos Zero 2 from last year.

Not much details have been provided but looking at the images, the display seems to be almost bezel-less, at least, on the sides. The chin and forehead are still obvious. There is a notch for the selfie camera. On the rear, we see an interesting camera system with an LED flash and some sensors.