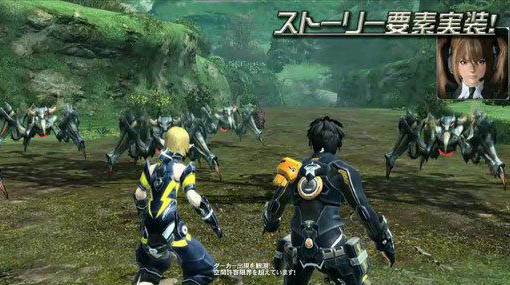 Android gaming has finally come into its own, and major publishers are starting to take notice. This includes gaming legend Sega, which has graced Android with its Sonic the Hedgehog and Super Monkey Ball franchises, along with a few others. But they’re not anywhere near finished yet: Pocket Gamer reports that Sega’s online RPG franchise Phantasy Star Online will be heading to Android in late April as a closed beta. Phantasy Star Online 2 will be released for Windows, PlayStation Vita and iOS as well. The good news is that the game will be free (with in-app purchases). The bad news? It’s only confirmed for Japan so far.

Phantasy Star Online debuted as the Sega Dreamcast’s one and only online RPG way back in 2000. It was a more action-oriented update to the previous Phantasy Star games going back to 1987. (Think of them as Final Fantasy with spaceships.) The team-based multiplayer action won its share of fans even as the Dreamcast was dying, and expansions and sequels have remained popular on consoles and PCs ever since. Phantasy Star Online 2 will be the first game in the series with a major mobile component, though Android and iOS players won’t be able to play with PC and PS Vita players simultaneously.

There’s still no confirmation of the game being released outside of Japan, where final versions are expected for the PC in summer and mobile platforms this winter. Sega says that the Android and iOS versions of the game will need significantly reduced graphics and character creation options, so presumably you can’t just sign off of the PC version and into the Android version. What are the odds of PSO2 coming to Europe or North America? Hard  to say – while Sega is usually more than happy to spread their properties around, the Phantasy Star series has a pretty sizable culture gap that needs to be overcome, and higher than average localization costs.