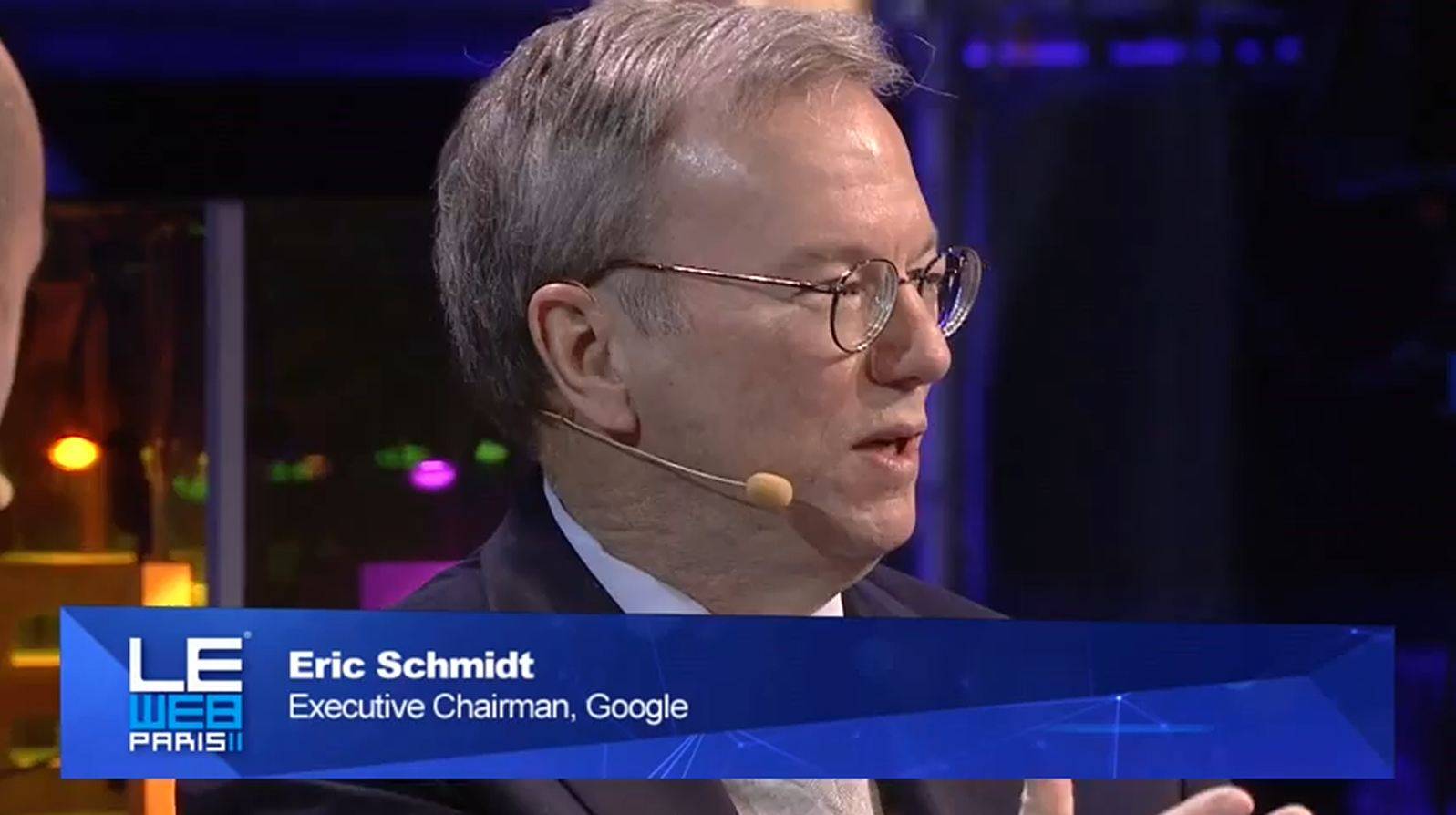 Google chairman Eric Schmidt was on-hand at the LeWeb conference in (where else?) Paris, giving a pseudo state of the company report for Google’s various properties. Highlights include the bold statement that Android is already beating iOS in most important metrics, and that Google TV would be on a majority of televisions by next summer. What?

Yes, that’s what he said: ““By the summer of 2012, the majority of the televisions you see in stores will have Google TV embedded in it.” A bold statement, especially considering that Google TV has mostly been seen as a failure. Logitech, one of only two manufacturers to support the Android-based system, abandoned its only Google TV device after a combined loss of $100 million. Sony seems committed enough, and LG may join them early next year, but there’s been no indication that Google TV is anywhere near mass adoption. Even after an upgrade to Honeycomb, there just doesn’t seem to be any measurable level of excitement for Google TV. Is Schmidt just being brash, as he’s been known to, or does he know something he’s not telling?

You can watch the entire video for yourself below. It’s a whopping 56 minutes long, so grab a bag of popcorn and get your corporate rhetoric on!

Speaking on Android versus iOS, Schmidt said, “Android is ahead of the iPhone now… [there’s more] unit volume, price is lower, more vendors, it’s free.” That claim is at least quantifiable. Most metrics show Android smartphone market penetration at around 42-46%, with Apple trailing behind at around 22-28%. Some markets have even higher Android numbers, like the UK and China.