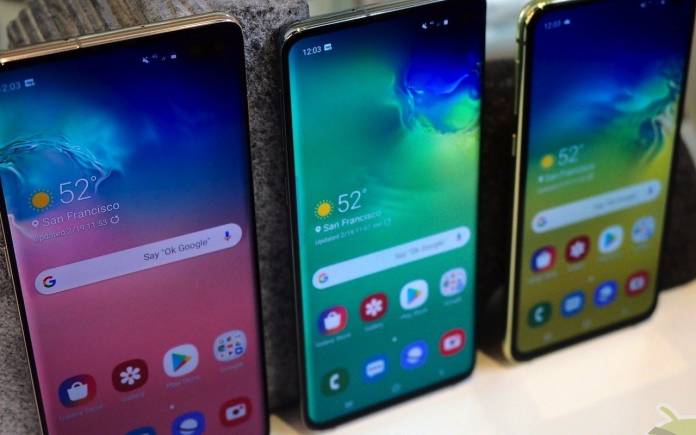 Samsung isn’t to be doubted. It still is the No. 1 brand in the mobile industry. Huawei may have overtaken Apple in the past year. The South Korean tech giant just needs to work harder while watching out for what the top Chinese OEM can and will do. It took the second spot from the Cupertino company even it hasn’t captured the American market. The US doesn’t want Huawei coming in for several reasons. As for Samsung, it’s steady revenue may help maintain its top ranking but it certainly won’t keep it up. Huawei may be able to reach for the stars in a few years or so but with a cost.

The mobile giant still continues with research and development to achieve the perfect phone always. Well, there is no such thing as a “perfect phone” but there can be a “perfect full-screen” device as we also mentioned in the past. We’re talking about the display. For years, we’ve been saying “almost bezel-less” to “full bezel-less”. Samsung describes it as “perfect full-screen” so expect cameras and sensors to be hidden.

Samsung’s future phones will have a full-screen display. By full-screen, it will really be ALL screen. The idea of a camera hole OLED display appears to be a success. Samsung doesn’t need to use a notch design because a punch hole is enough. It could be smaller though.

It may not be the only option “but it is a noteworthy achievement in terms of the display technological advances” as per Samsung’s Mobile Communication R&D Group Display VP Yang Byung-duk.

Yang further said, “Though it wouldn’t be possible to make (a full-screen smartphone) in the next 1-2 years, the technology can move forward to the point where the camera hole will be invisible, while not affecting the camera’s function in any way.”

The goal is to place all sensor underneath the screen. The on-screen/under-display fingerprint sensor is already implemented. Other sensors may be placed similarly in the future. The idea of a Crystal Sound OLED display is also there. It will be like what LG did to the LG G8 ThinQ earlier.