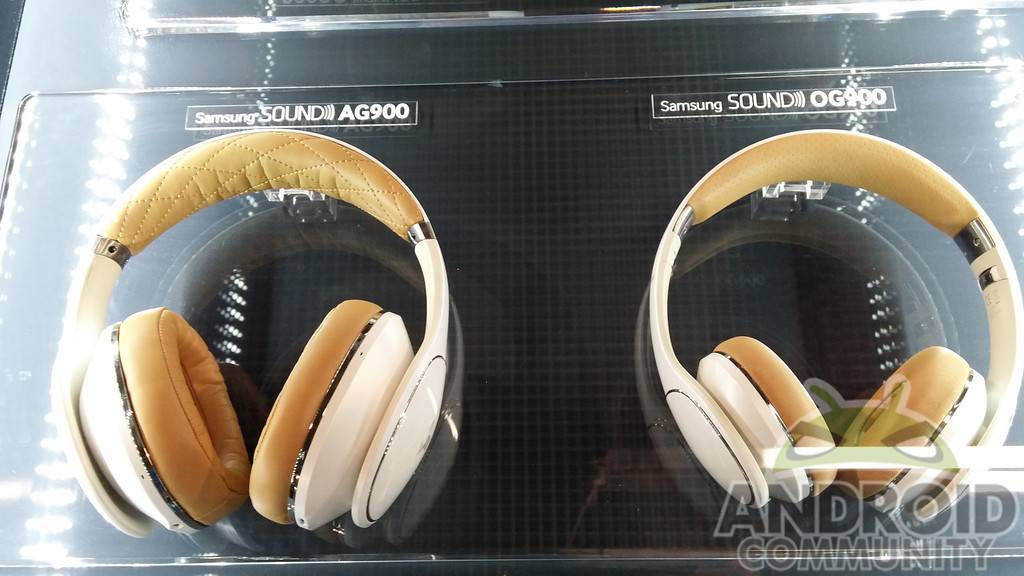 The important aspects coming out of the Samsung Unpacked 5 were the Galaxy S5, the Gear 2, Gear 2 Neo, and the Gear Fit — but there were a few other goodies sitting out on display. These included some cases for the S5, some bands for the wearables, and some headphones. There wasn’t much said about these, however there are three models, and they appear to be nicely made.

It is a bit difficult to talk about quality here, because, as you can see the headphones were tucked away in a glass display case. Those three models included the SOUND AG900, OG900 and the IG900. These are over-ear, on-ear, and in-ear respectively.

Judging from the appearance, it seems the AG900 will be the top end, with the OG900 and IG900 models following second and third. The AG900 model can be seen in the gallery above, with the OG900 model sitting below. Again, this is a bit hard to tell given these were tucked away, but it does appear both the AG900 and OG900 models have soft cushioning sitting across the part that will cross the top of your head, as well as on the ear cups.

Last up is the in-ear style IG900 model. These appear to be pretty simple earbuds, but with the addition of inline controls. Likely for both audio and phone controls. That all being said, we’ll have to keep an eye out for more detail on these. 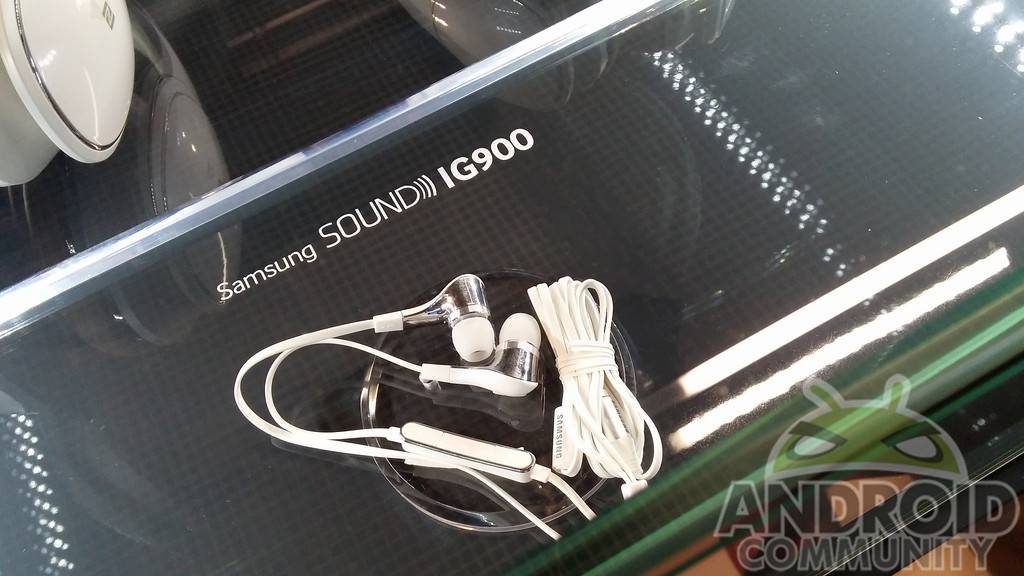