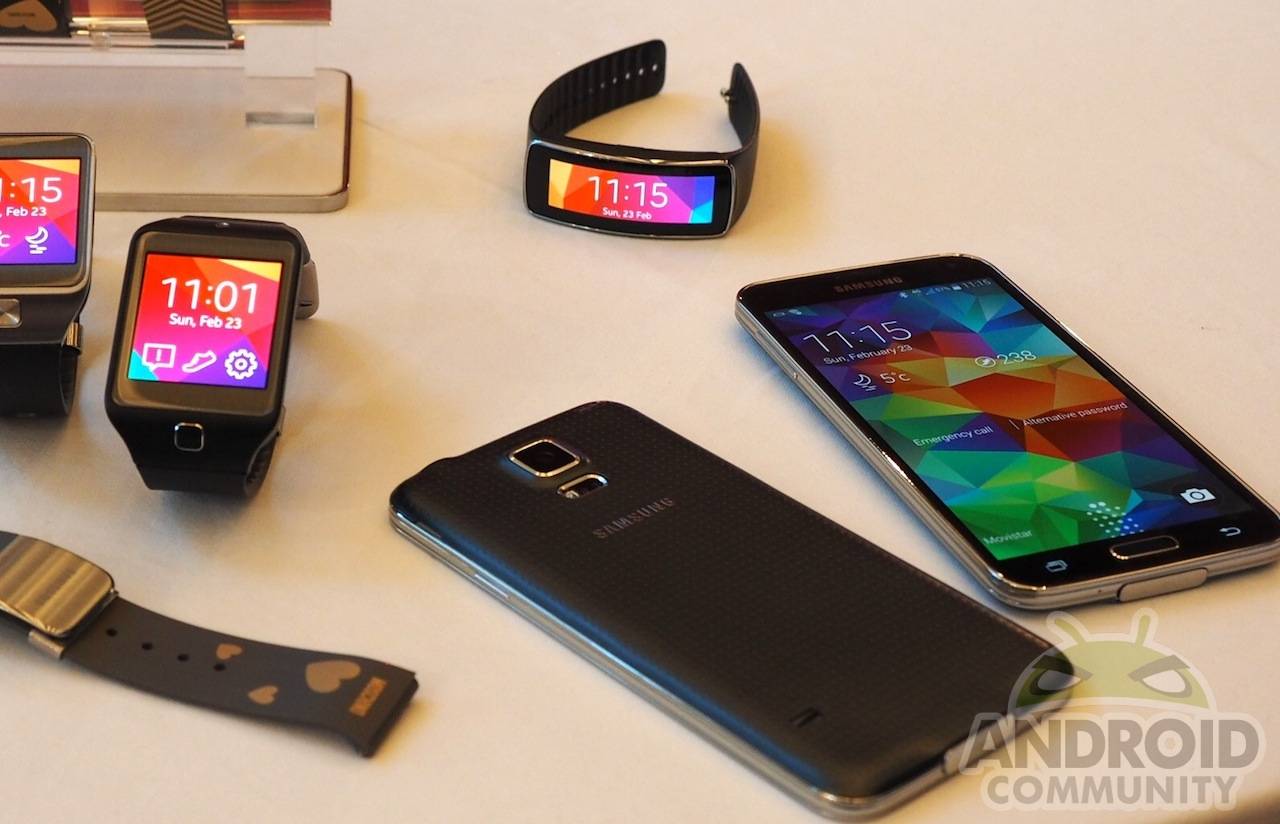 We knew the Samsung Galaxy S5 was coming, but in its fifth iteration as flagship of the company’s Android range, we weren’t quite sure whether the Galaxy range had lost its shine. Having spent some hands-on time with the new phone, we’re left quietly confident, however: Samsung has brought over the build quality of the Note 3 and legitimately useful features like WiFi/LTE bonding, a heart rate sensor, and more to refine its now 5.1-inch smartphone.

Up front, there’s now a 5.1-inch 1920 x 1080 Super AMOLED display, with fantastically bright colors and huge viewing angles. Samsung has used a new custom chip that adjusts both backlighting and screen contrast settings dynamically, to suit indoor and outdoor use even when in direct sunlight, but there’s also an Ultra Power Saving Mode which switches it to black & white for maximum runtimes. 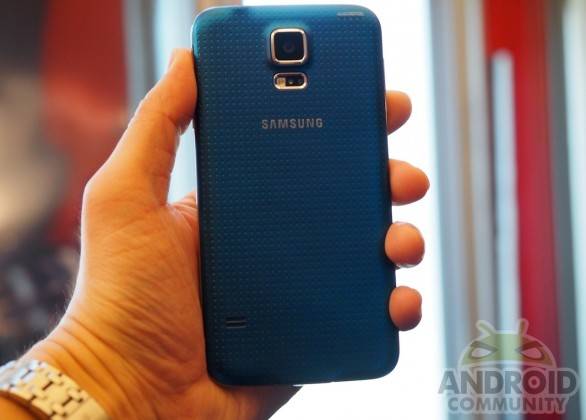 Physically, it’s a fairly large phone at 142.0 x 72.5 x 8.1 mm and 145g, though it feels sturdy and creak-free. The leather-effect battery cover is removable, as before, to access the 2,800 mAh battery Samsung estimates as lasting for up to 390hrs of standby or 21hrs of talktime. Unlike before, there’s no separate ruggedized version: Samsung has simply made sure that the Galaxy S5 meets IP67 dust and water resistance on its own.

There’s also the normal gamut of sensors, from an accelerometer, gyroscope, proximity sensor, digital compass, and ambient light sensor, through an IR-based gesture sensor, a fingerprint scanner built into the home button, a heart rate sensor, and a barometer.

The Galaxy S5 has Cat4 LTE, for up to 150Mpbs downloads network-depending, but Samsung has added in Download Booster which pairs together an active LTE and active WiFi connection for up to 650Mbps downloads when you really need a turn of speed.

Samsung is known for pushing the envelope when it comes to cameras, and the Galaxy S5 has a 16-megapixel shooter with UHD 30fps video recording, an HDR mode, image stabilization, and a new camera app which simplifies the UI. HDR is now processed in real-time as the phone snaps its shots, for zero lag between frames, and Samsung is claiming the fastest autofocus on a phone, at 0.3s to lock. There’s also a background-defocus effect which mimics DOF photography. The front camera runs to 2-megapixels. 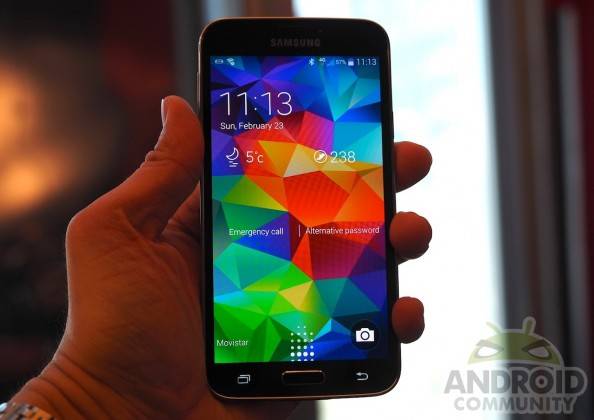 Samsung has been pushing heart rate monitoring with its wearables, and the Galaxy S5 doesn’t miss out, with a pulse sensor built into the back of the phone by the LED flash for the camera. Hold your fingertip there, and it brings up a reading in the S Health 3.0 app; that can work as a pedometer too, and track your diet. Samsung also plans to offer third-party apps access to the heart rate sensor’s data, too.

The fingerprint scanner, meanwhile, allows you to unlock the phone or simply secure your personal data, though Samsung is also working with PayPal on enabling payment authentication with it too. It requires a swipe down across the squared-off home button, and we had reasonable results in getting in each time – as long as we swiped down rather than at an angle – after training it with multiple fingers.

We’ll have more on the Galaxy S5 as we get more acquainted with the new smartphone, but let us know what you think in the comments!

The Samsung Galaxy S5 will go on sale in April, at the start of what Samsung says is a global roll-out. US availability and carrier partners have not been announced, nor pricing. It’ll be offered in black, white, blue, and copper gold, depending on region.