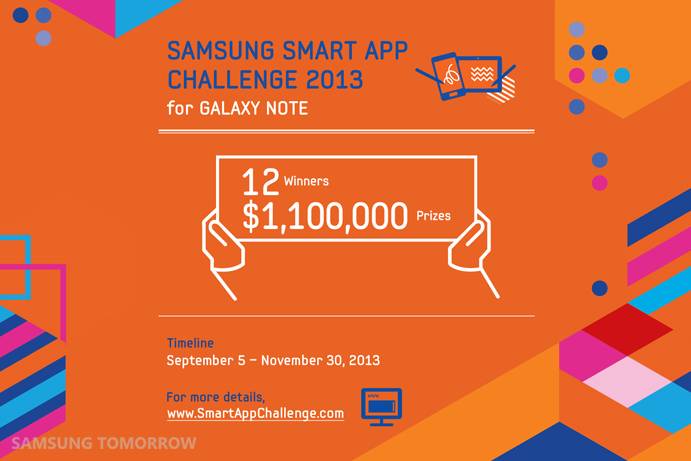 Following the unveiling of its latest Galaxy Note III S phablet, Samsung has just launched the search for the next big app. This time, the challenge is to develop apps that will take advantage of one of the smartphone’s biggest selling feature: the S Pen.

For this challenge, Samsung is providing its Samsung Mobile SDK and participants will be required to use either or both of two packages included in the SDK. The “Pen” package includes specialized API for creating S Pen applications while the “Look” package gives UI and additional features also for the S Pen. In case you missed Samsung’s announcement of the new Note devices as well as the Galaxy Gear smartwatch, you can catch up with the official recorded video below.

At stake is a $1.1 million cash prize, as well as a Samsung Venture Investment opportunity to have the app promoted through Samsung’s channels and events. If you’re an Android developer and are interested in being a part of this challenge, you have until November 30 to get your winning entry included.