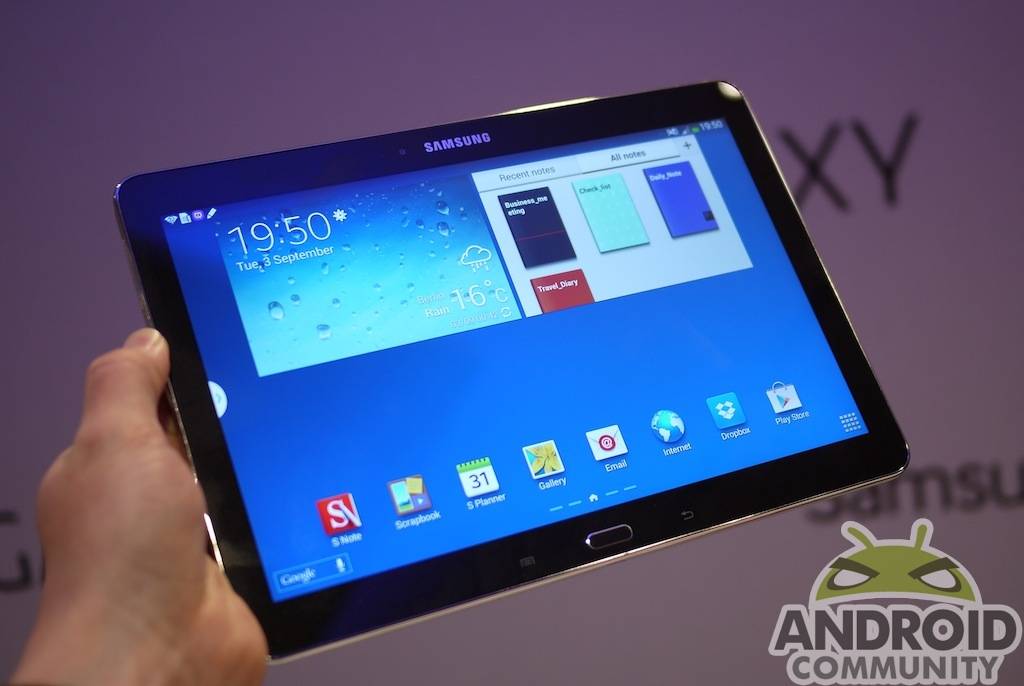 Samsung has the Galaxy Note 10.1 sitting with a 2560 x 1600 LCD display and powered by a 1.9GHz Exynos Octo processor with 3GB of RAM and Android 4.3 Jelly Bean. That processor will be found on the WiFi only and 3G models and the LTE model will have a quad-core 2.3GHz instead.

Other goodies include the S Pen. Again, the improvements to the S Pen mirror what we saw with the Note 3 and this time around — include a noticeable improvement in the inking experience. Other specs on the Note 10.1 include WiFi 802.11 a/b/g/n/ac, Bluetooth 4.0, USB 2.0, MHL 2.0 HDMI and GPS with GLONASS. 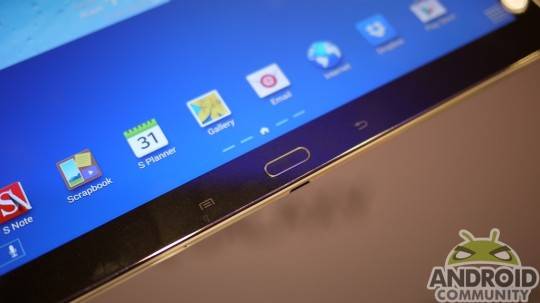 Not to mention the full array of sensors which includes light as well as an accelerometer, gyroscope and digital compass. Shifting to some of the more common specs and we find options for 16GB, 32GB or 64GB of storage along with a microSD card slot, 2 megapixel front-facing camera and 8 megapixel rear-facing camera with auto-focus and and LED flash.

Similar to other Samsung devices, the Note 10.1 still consists of a large amount of plastic. While this may be disappointing for some, it does help to keep the weight down. In this case that means a WiFi only tablet that weighs in at 535 grams. The Note 10.1 measures in at 243.1 x 171.4 x 7.9mm in size and overall feels relatively solid.

That said, Samsung will have the Galaxy Note 10.1 available in white and black. We have yet to see any pricing details revealed, however Samsung has said the tablet should be available globally during the third quarter of this year. 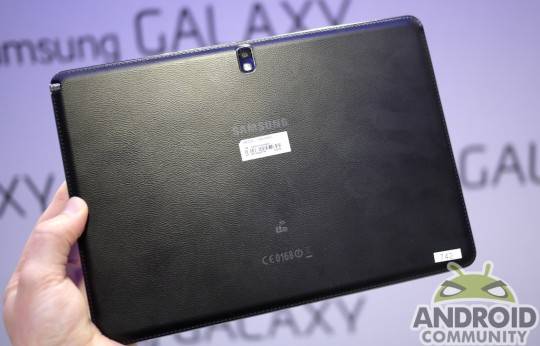